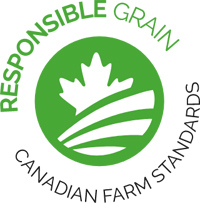 White Paper is expected to be released this fall.

Ottawa—After being swamped by farmer criticisms of the draft version of its proposed Responsible Grain Code of Practice, the Canadian Roundtable for Sustainable Crops (CRSC) has to set to work on a White Paper to deal with the issues raised by producers.

The White Paper will focus on answering fundamental questions that arose during the consultations such as the relevance of public trust to farmers, the relevance of sustainability market positioning for them and how the Code would assist in maintaining or enhancing public trust and give Canadian grain a market advantage.

Once these questions are answered to the satisfaction of the CRSC Steering Committee, all of the feedback CRSB received during the consultations will be considered as part of the staged process for developing a Code, which is intended to instill public trust in grains grown in Canada.

CRSC hopes the White Paper will be finished by this fall and its findings and next steps in the process will be announced then.

The consultations on the draft Code began in November, 2020 and wrapped up this past March. Twenty-four consultation sessions were held with farmers and commodity organizations led by the Synthesis Agri-Food Network of Guelph.

More than 850 individuals, mostly Prairie farmers, registered to participate in the consultations that included an online survey where they could review and comment on the Code practices in detail, the statement said.

The majority of the participants in the consultation opposed the draft Responsible Grain Code of Practice in its current format and provided comments and suggestions to improve the wording and simplify the document.

Among the complaints were the tone of the document was accusatory and had a negative tone that wouldn’t build public trust when highlighting good things farmers are doing would. They also wondered how a Code of Practice would work or be implemented.

“A significant portion of farmers agreed that they are currently following most of the proposed practices, but felt that formalizing the practices into a Code would not provide any tangible benefits to producers.”

The statement said there was a concern that the Code would pave the way for government regulations and provide a basis for environmental groups to influence government policy.

There were also many comments that proposed requirements and recommended practices were too specific and suggested that they focus on general principles or outcomes. Also the Code should build on existing programs, such as the Environmental Farm Plan (EFP) and the 4R Nutrient Stewardship Program.

Also some Requirements or Recommended Practices “do not take into account the most recent practices being used on farms and/or does not allow for the adopting of future technology.”