Since Confederation, and up to Doug Ford today, Ontario has had 26 Premiers.  Some were legends, like Oliver Mowat, who served almost 25 years in the province’s top job before entering Wilfrid Laurier’s cabinet.  In more recent decades, we have seen the likes of John Robarts and William Grenville Davis of Brampton, Ontario.

But today, we celebrate the relatively unknown first Premier of Ontario, John Sandfield Macdonald who, on this day in 1867, was sworn-into his high office.

Born in Cornwall in Eastern Ontario, he was an accomplished lawyer before entering politics.  Entering the wider political sphere in 1841, he was to go on to serve in all eight of the sessions of the Parliament of Canada West. Along the way he served in most senior posts in the pre-Confederation cabinets, including as Joint Premier, and also enjoyed respect and success as Speaker.

Like Sir John A. Macdonald himself, John Sandfield at first was not a supporter of Confederation. Later, however, he changed his mind and with the backing of Sir John A., he became his province’s inaugural Premier.  After earning two mandates from Ontario’s voters — in 1867 and again in 1871 — his government was defeated on a vote of non-confidence not long after his victory.  He left politics and died, at home in Cornwall, in June 1872.  Learn more about Ontario’s first premier here. 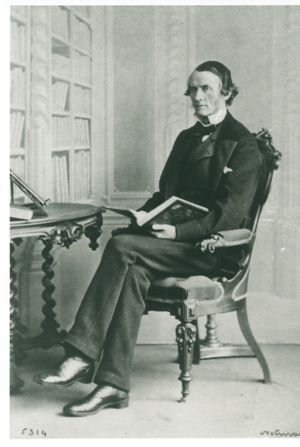