On This Day in Canada’s Political History: Celebrating the Late Jack Layton

I know that my readers from the NDP, joined by folks from other parties, will pause today to celebrate the late Jack Layton. He would be turning 71 today.  Federal NDP leader from 2003 until his death in 2011, Jack Layton led his party in four federal elections and took the NDP to its best-ever showing, winning 103 seats in 2011 — which made ‘le Bon Jack’ the first NDP Leader of the Opposition.  He and his party won a remarkable 59 seats that year in Quebec, as Layton’s Orange Wave swept through the province.

Layton was raised in Hudson, Quebec; politics was definitely in his blood.  His father, Robert, was a conservative and a senior member of former Prime Minister Brian Mulroney’s PC caucus.  Layton’s grandfather, Gilbert, was a cabinet minister under the ever-controversial Quebec Premier Maurice Duplessis.  And, Layton was also related to a Father of Confederation.

Jack Layton was one of the few of our national party leaders – Mackenzie King being another – to earn a doctorate at university.  This led him to a professor’s position at Ryerson in Toronto. Layton later entered Toronto municipal politics and soon was a leading left-wing voice in Canada’s largest city.

In Ottawa, as NDP leader, he was able to arrange for significant concessions from Prime Minister Paul Martin’s minority Liberal government.  Jack Layton and Stephen Harper formed an unlikely personal friendship and upon Layton’s death, less than four months after the 2011 election, Harper granted his friend an official State Funeral.  This was a classy move by the then PM, one greatly appreciated by all of Layton’s supporters.

Shortly before his death, Layton released a final statement.  Even in death, his positive approach was still evident. Sounding like Wilfrid Laurier in his own final years, the statement concluded:

In his own way, Jack Layton had indeed sparked change. 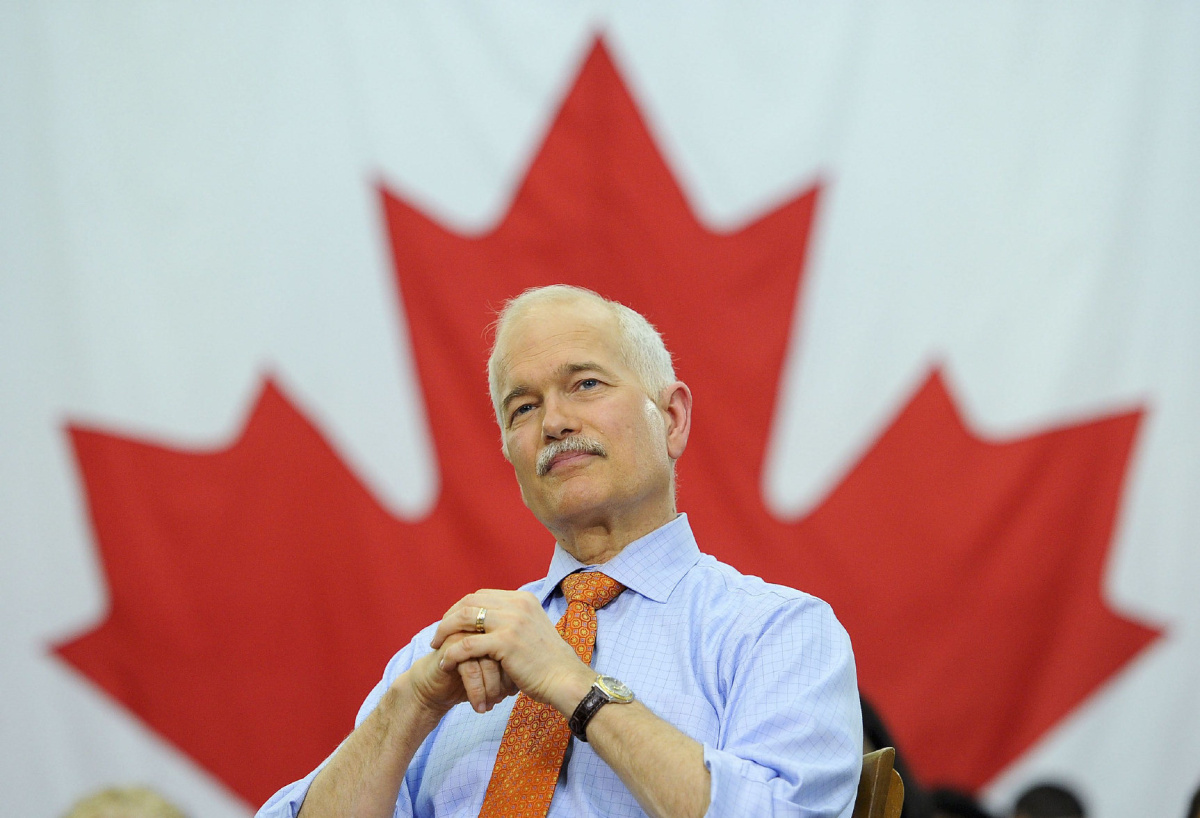