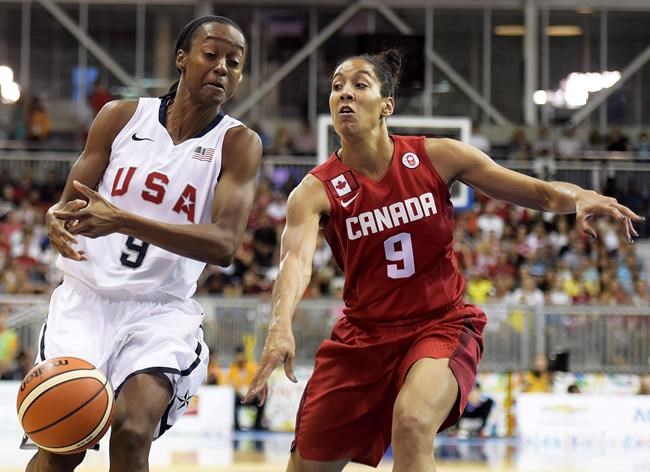 They are the first members of a team sport to be chosen to lead Canada's athletes into a Summer Olympic Games.

"I feel so honoured to represent Team Canada and lead Team Canada in the opening ceremony alongside Nate," Ayim said Monday in a video conference. "This past year and a half has demanded a high level of teamwork, and Canadians from coast to coast to coast stepped up and demonstrated togetherness, resilience and solidarity."

Tokyo will be the third and final Games for Ayim, who made her Olympic debut at London 2012 and announced she would be retiring after Tokyo.

Ayim and the fourth-ranked women’s basketball team start their quest for Canada's first ever medal in the sport next Monday.

"It's a massive honour to be asked to do this, especially alongside someone as decorated and (who) has had the kind of career Miranda has had," Hirayama said. "Very excited to get over there with my squad and get into these Games."

The reveal of Canada's flag-bearers was made Monday morning by Prime Minister Justin Trudeau.

"Miranda and Nathan are leaders on their respective teams," Trudeau said. "They embody the resilience, perseverance and excellence of Team Canada."

Trampoline champion Rosie MacLennan carried the Canadian flag at the opening ceremony of the 2016 Olympics in Rio de Janeiro.

Women's hockey star Hayley Wickenheiser was the last member of a team sport to carry the Maple Leaf in any Olympic ceremony, opening the 2014 Winter Games in Sochi, Russia. Women's soccer captain Christine Sinclair, who held the flag at the 2012 London Olympics, was the last at a Summer Games.

This report by The Canadian Press was first published July 19, 2021.