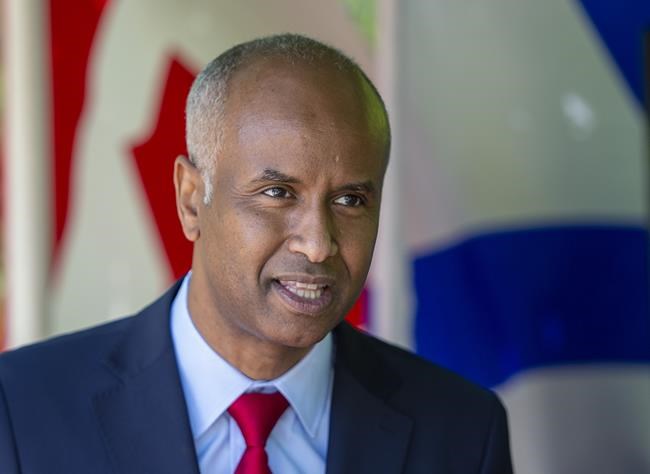 OTTAWA — Canadian families are seeing the lowest annual increase in federal child benefits since payments were tied to inflation as the pandemic has weighed on price growth over the last year.

The government announced Tuesday that Canada Child Benefit payments will max out this year at $6,833 for children five and under, and $5,765 for children six to 17.

The total value of payments will only rise by one per cent compared to the previous year, in line with the country's headline inflation reading, or roughly $5 more per month, per child.

Social Development Minister Ahmed Hussen says the benefit itself has made an impact on poverty rates and families facing a financial crunch.

He is also touting extra child benefit payments the government is sending to parents that top out at $1,200 this year.

The extra payments should push the overall price tag of the benefit to over $27 billion this fiscal year before falling next year without the one-time, COVID-19 payments pushing up over the overall tab.

After that, the Finance Department estimated benefits to rise annually at around two per cent, which it said was in line with inflation expectations.

The Bank of Canada, which is mandated to keep inflation in check, now expects prices to increase by more than three per cent this year, and then above the central bank's comfort zone of two per cent in 2022 and 2023.

If that's the case, payments would rise at the fastest rate since the Liberals tied increases to inflation three years ago.

"We have made a commitment to make sure that we are there for families," Hussen said at an event in Kitchener-Waterloo, Ont.

"Before the pandemic during the pandemic, and after the pandemic, we are committed to continuing to support Canadian families. And one of the key pillars of that is the Canada Child Benefit."

The Liberals introduced the income-tested benefit in July 2016, shortly after taking office, and then tied the payments to the pace of price increases in 2018, two years before original plan to do so last year.

Since its introduction, the number of children living in poverty has fallen by 435,000 and the child poverty rate slid to 9.6 per cent from 16.3 per cent in 2019, according to the most recent figures from Statistics Canada.

The most recent data posted to a government website shows that in the 2019-2020 benefit year, more than $26.3 billion in child benefits flowed to families of some seven million children with an average payment of $3,811 for the year.

Five of the top 10 ridings for child benefit spending are held by Conservatives, or won by the party in the 2019 election, four by the Liberals, and Ashton as the lone New Democrat.