Feds move ahead with reservoir west of Calgary 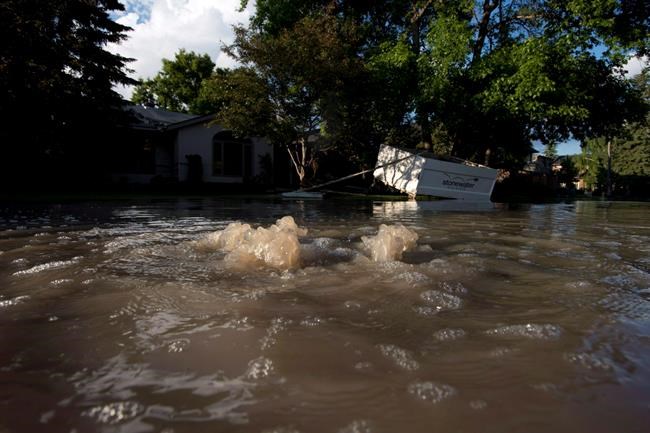 CALGARY — The federal government has provided the final piece of the puzzle to allow a controversial reservoir that could protect Calgary from future flooding to move forward.

Alberta Transportation proposed the $432-million off-stream reservoir near the rural community of Springbank, which is west and upstream of Calgary.

The project, which will divert water from the Elbow River, was proposed after extensive flooding in Calgary in 2013. It led to five fatalities and caused more than $5 billion in damage across southern Alberta.

"There is an old saying about closing the barn door after the horse has bolted. In 2013, Calgary experienced the most destructive flood in the history of this province," said federal Environment Minister Jonathan Wilkinson at a spot near the Elbow River that was under water eight years ago.

"Well, that horse has bolted but we can't trust to luck and to fate that this won't happen again. The hits just keep on coming."

Wilkinson said a contribution agreement has been finalized to provide the reservoir project with up to $168.5 million from the federal Disaster Mitigation and Adaptation Fund.

"This critical project will directly protect 80,000 Calgarians by diverting floodwater from the Elbow River during extreme floods to a temporary reservoir in nearby farmlands and wetlands where it will be stored."

Wilkinson said a warming climate had led to wildfires, flooding and drought and it's not going to improve any time soon.

Alberta Transportation Minister Rajan Sawhney said she expects construction on the reservoir to begin next spring, but there are still some provincial hurdles that need to be cleared.

"We have some remaining work to do with impacted landowners and my officials continue to work with these individuals to purchase land required for this project," she said.

"Anywhere from 42 to 44 per cent of the land acquisition is complete and so clearly we have some work to do."

Calgary Mayor Naheed Nenshi said he can't look at the Elbow River, which he called part of the city's bloodstream, without remembering that it "hurt us so much."