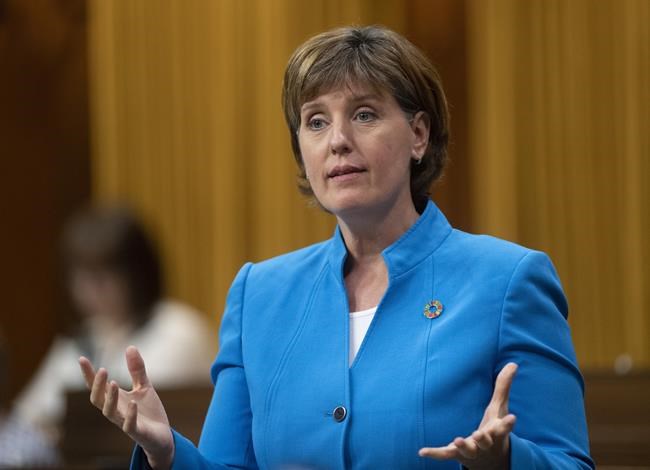 Final format of the Code not likely until late 2022.

Ottawa—The federal and provincial agriculture ministers have handed resolution of the dispute involving product fees charged by the largest grocery store chains to a special committee established by the food sector.

Agriculture Minister Marie-Claude Bibeau says during a virtual ministers meeting in mid-June it was agreed that the industry-led proposal to develop a Code of Practice to improve transparency, predictability, and respect for the principles of fair dealing would be beneficial for the agrifood sector and its supply chain partners.

The ministers want the Canadian Food Industry Collaborative Alliance “to develop a concrete proposal designed for the Canadian context that will improve fair dealing in retailer relationships with their suppliers. We expect an update before the end of the year,” Bibeau said.

The Alliance has concluded Canadians would be best served with “just one Code of Practice throughout the country administered uniformly to ensure consistency. The alternative presents the possibility of different Codes across jurisdictions, which would impose increased costs and complexity throughout the supply chain.”

“The Code of Practice must also include a strong oversight framework that ensures accountability of the participants. The Code of Practice would not be embedded in regulation, thereby providing flexibility for it to evolve, however participation would be mandatory,” the Alliance said in a statement.

The Code would be based on principles of transparency and contractual certainty in all commercial transactions, best practice reciprocity throughout the supply chain, fair and ethical dealings in contract negotiations, equitable distribution of food supply, supports for small and mid-sized parties to commercial transactions and an effective, fair and applicable dispute resolution process.

The Alliance “is advancing a consultative approach, which will help ensure stakeholders have a forum to express their views and to build support through the development process. In working together, we can develop the terms of a Code of Practice, design the implementation and enforcement framework, and ensure broad industry participation and support.”

With the Ministers’ support, the produce industry recommends putting in place a collaborative process to establish the Code of Practice and its enforcement framework over the next 18 months.

The Canadian Produce Marketing Alliance, which is a member of the Alliance, said its Dispute Resolution Corporation founded in 2000 shows this collaborative approach works.

Mathieu Frigon, President and CEO of the Dairy Processors Association of Canada, welcomed the Code proposal because “the arbitrary fees and penalties levied by large retailers create additional pressures for Canada’s dairy processors.” The demands imposed by large retailers “increase the cost of getting products to consumers and, for Canada’s dairy sector, undermine the principles which support the efficiency of Canada’s supply management system.”

The members of the Alliance also include the Canadian Federation of Independent Grocers, Food and Beverage Canada, and the Retail Council of Canada.

The Alliance believes that any Code of Practice must be developed in Canada by industry for industry and must reflect and respect the unique elements of Canada’s food supply chain and federated system of government.