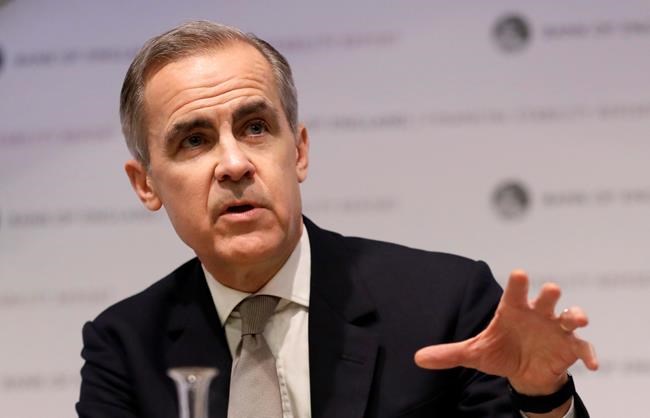 OTTAWA — Mark Carney says he won't be on the Liberal ticket if there's an election this fall.

The former governor of the Bank of Canada and the Bank of England says he's made a commitment to help organize the private financial sector in the run-up to the United Nations climate conference, which is scheduled to run from Oct. 31 to Nov. 12.

Carney says he can't walk away from that commitment at such a crucial moment.

Carney is the UN special envoy on climate action and finance and also chairs the Glasgow Financial Alliance for Net Zero, which aims to bring together banks and asset management firms worldwide to accelerate the transition to net-zero carbon emissions.

Carney says he fully supports Prime Minister Justin Trudeau's government and is not ruling out running as a Liberal candidate at some other time.

Trudeau is widely expected to call an election for this fall; if he does, Carney says he needed to put an end to rampant speculation that he would run in an Ottawa riding.

Her surprise decision opened up some prime political real estate that could have become a launching pad for Carney.

McKenna has held the riding that encompasses Parliament Hill since 2015, when she wrestled it away from the New Democrats.

Carney promised in April, during his political debut at the Liberal party's virtual convention, to do whatever he can to support the party.