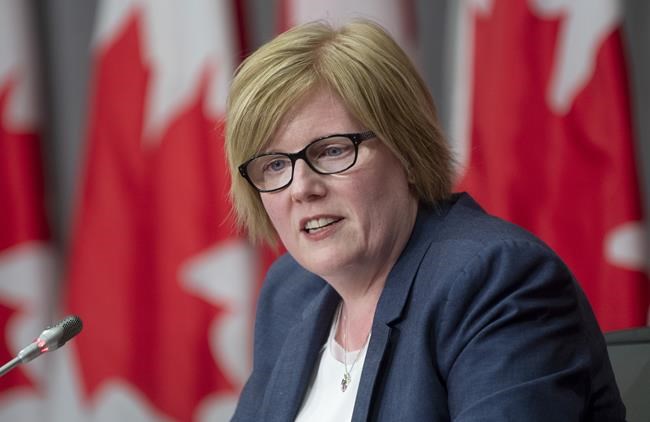 OTTAWA — A planned review of the sprawling and antiquated employment insurance system will go ahead even if the country is plunged into a federal election campaign, Employment Minister Carla Qualtrough says.

Qualtrough said consultations will start next month on how the decades-old system can be modernized after its shortcomings were exposed by the COVID-19 pandemic.

But looming over the consultation call is an anticipated federal election that labour and business groups have worried would kibosh the long-sought review.

Speaking to The Canadian Press, Qualtrough said departmental officials will start consultations and keep them going even during an election campaign.

"The machinery of the public service of government can proceed, and my preference is to have really dug in and started this," Qualtrough said.

"And then whatever kind of electoral event happens, we have put that stake in the ground."

Qualtrough said the government doesn't want a review to last for years, saying that the consultations will focus on a few key issues.

Among the issues to be looked at will be who can access the benefit system, whether the value of benefits need to change, and how to pay for any changes given employers and workers fund EI through premiums tied to paycheques.

There are also technical issues that labour and employer groups will have to wrestle with, namely that the system running EI can't be easily programmed to handle changes.

Any changes need to be put into a sequence so not only can the computer system handle it, but also so that there aren't adverse effects on other portions of the EI system, Qualtrough said. She suggested that limitation may cause some tension during consultations.

"It's healthy to have that tension play out during the consultation, so that everybody within the system knows the consequences or the benefits of forging ahead on any one particular idea," she said.

"That's why we're doing this in stages, too, because our system is antiquated and every change we make impacts other changes we make."

The shortcomings in the EI system, long flagged by experts, were put under a harsh light in the early days of the pandemic as some three million jobs were lost during first-wave lockdowns. The government put most of the EI system into hibernation as officials worried that the unprecedented rise in unemployment would drown it.

The system came back online in the fall, and has handled the elevated levels of unemployment seen since.

As of June, the country was about 340,000 jobs, or almost two per cent, below pre-pandemic employment levels seen in February 2020.

The Liberals' April budget forecasted that federal spending would help the labour market get back to pre-pandemic levels by this summer, although it didn't provide a specific month.

Qualtrough said she's confident that the country will reach pre-pandemic employment levels by the end of the summer, although some sectors reliant on travel like tourism operators or high-touch services like restaurants may lag behind other areas of the economy in the jobs rebound.

"I think it's time for optimism in a way that I would have been cautious four months ago," she said.