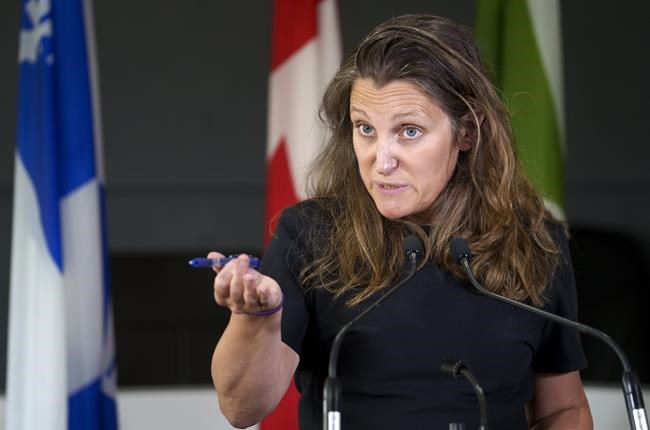 Ottawa-Legislation easing transfers of farms and small businesses to family members is the law of the land and the Finance Department will conduct consultations on related amendments to the Income Tax Act in the coming months.

The Commons finance committee spent four hours July 20 questioning Parliamentary experts, farm leaders and Finance officials about a June 30 news release that said the department would delay implementation of Conservative MP Larry Maguire’s bill to ease tax rules on intergenerational transfers of farms and other small businesses until next year and that it would make amendments to Tax Act to prevent tax avoidance.

That stand generated sharp criticism from farm groups and business organizations such as the Canadian Chamber of Commerce and the Canadian Federation of Independent Business.

Just about 18 hours before the committee meeting, organized by Chairman Wayne Easter, Finance Minister Chrystia Freeland backtracked on her department’s earlier release and said that Maguire’s bill has received Royal Assent and was in effect as of June. 29.

She said the amendments to come this fall will ensure the bill facilitates “genuine intergenerational transfers and is not used for artificial tax planning purposes.” The government will consult farm and other business groups on the proposed amendments, which will have to be approved by Parliament.

Mary Robinson, President of the Canadian Federation of Agriculture, which supported Maguire’s bill since its introduction last year, said improving the intergenerational transfer rules is important to keeping farming profitable.

Perrin Beatty, President and CEO of the Canadian Chamber of Commerce, said Freeland’s clarification “provides much needed certainty for small businesses by making clear the bill is now part of the Income Tax Act. The previous tax rules were “more difficult and made less financial sense for small business owners to sell their company to their children and grandchildren versus a complete stranger.”

Freeland’s announcement “removes the legislative limbo facing small businesses, which will help facilitate succession planning and help contribute to the successful longevity of Canadian companies,” he said. “We look forward to working with the government as they consult with the business community on future amendments to the Income Tax Act and urge that any future changes to intergenerational transfers be closely studied in Parliament.”

Freeland said one issue the government will address in Income Tax Act changes is  “surplus stripping, in which dividends are converted to capital gains to take advantage of the lower tax rate, without any genuine transfer of the business actually taking place, thereby compromising the integrity of the tax system.”