Sajjan directed military to provide him with aide in Vancouver 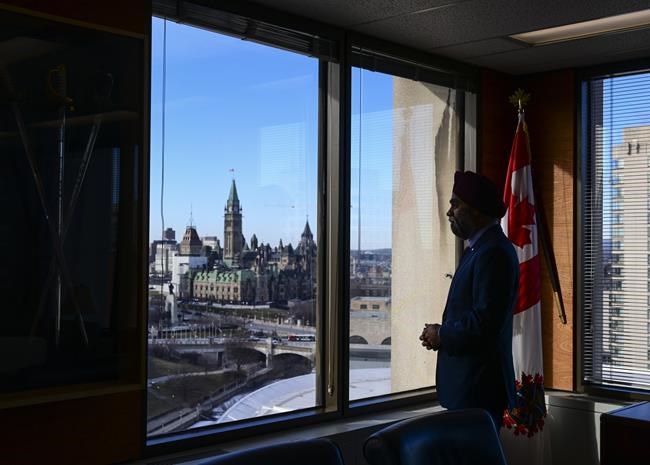 That position ended up going to Maj. Greg McCullough, a military reserve officer who served with Sajjan when the minister was a member of the British Columbia Regiment (Duke of Connaught’s Own).

The two also served at the same time with the Vancouver Police Department, where McCullough was found guilty in 2018 of having had an inappropriate relationship with a subordinate.

Sajjan’s office has previously said the military was responsible for hiring McCullough to the position, and that neither the minister nor his staff were aware of his past.

The documents obtained by The Canadian Press through access to information do not mention McCullough by name, but do show Sajjan wanted the military to upgrade his position only a few months after he was hired in March 2020.

The Defence Department announced last month that McCullough was no longer serving as an assistant to Sajjan, who has been criticized for months by opposition parties and experts who say he has not done enough to address sexual misconduct in the military.

This report by The Canadian Press was first published July 22, 2021.