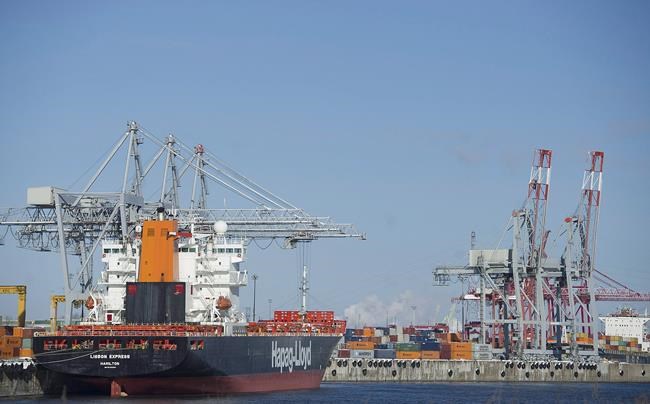 Prospects for the rest of the year look good.

Ottawa—The strong start the St. Lawrence Seaway got off to this spring has continued but grain shipments are no longer dominating the results. To the end of June shipments through the waterway were up 8.37 per cent over 2020 results.

While grain is still the biggest commodity being handled, it dropped by three per cent to 3.45 million tonnes below the same period last year. The dry bulk category was up 16 per cent to 3.8 million tonnes due to the recovery in North American demand for construction materials such as cement and gypsum and coke shipments to Europe.

Iron ore volumes through the St. Lawrence Seaway are also up 14 per cent compared to last year both for supplying domestic steel production and shipping iron ore pellets to the Port of Quebec for shipment to Asia and Europe. General cargo was rose 64.5 per cent to 1.3 million tonnes.

“It’s clear from our cargo numbers that commodities have been in high demand both at home and abroad and our system is well positioned to service this demand and to continue to support economic growth for North America,” said Terence Bowles, President and CEO of the Seaway Management Corp. “Canadian grain shipments have softened slightly but this performance is still above the five-year average. The big question mark will be how the new harvests fare this summer given the current hot, dry conditions.”

The record Prairie grain stock from 2020 has been substantially moved to market due to strong rail movement to Canadian ports last fall and winter. Early season loadings at the Port of Thunder Bay were effectively very strong; the current year-to-date grain tally is the third highest of the past 25 seasons.

Tim Heney, President and CEO for the Thunder Bay Port Authority, said: “We’re seeing a greater variety of cargoes than we were seeing at this time last year, which is an important indicator of success for us. At Keefer Terminal, we’ve been seeing strong imports of steel, which are expected to continue through the year, as well as a variety of project cargoes, and imported phosphate fertilizer from Morocco, which we just started bringing in last fall.”

Although corn and soya shipments decreased slightly, Port Windsor experienced another 25 per cent jump in canola shipments in June, compared to June 2020. Construction aggregates also continue to exceed 2020 with the demand from the Gordie Howe International Bridge project and major road projects in the region. Imported structural steel is up 400 per cent over a difficult 2020.

The ports of Hamilton and Oshawa saw surges in construction-related materials such as structural steel, cement and aggregates. The global demand for Ontario-grown grain continues, with more than 700,000 tonnes exported already this year.