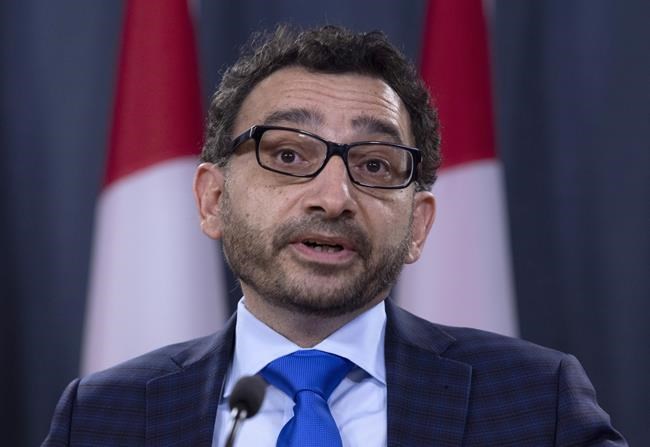 Auditor General has criticized the department’s record on rail safety

Ottawa—Transport Canada has launched a public consultation on ways to improve the safety culture of the country’s railways, says Transport Minister Omar Alghabra.

The consultations will focus on strengthening safety management systems and looking to better measure the effectiveness of its oversight program to identify further areas for improvement, he said. The government “is committed to the safety and security of communities across the country, which is why we continue to look for ways to improve rail safety.”

Earlier this year, Auditor General Karen Hogan reported the department had not addressed all the recommendations from a 2013 audit by her office on rail safety oversight issues. It needs to measure the effectiveness of railway companies’ safety management systems by auditing and assessing them.

Hogan said she was “very concerned that while Transport Canada has taken some actions to address our recommendations, eight years after our last audit, there is still much left to do to improve the oversight of rail safety in Canada. Safety culture comes from organizations developing shared values, actions and behaviours, along with a sense of collective responsibility and commitment to  upholding the standard of safety.

The audit found that Transport Canada had made important improvements to the way it plans and prioritizes activities to oversee rail safety, and also in its follows-up on rail companies’ plans and actions to address deficiencies noted in inspections, she said.

On the positive side, the department “is committed to taking the lead on developing a safety culture policy statement for the railway industry in response to a recommendation from the 2018 Railway Safety Act review, recognizing that safety culture improvements must be driven by railway companies with support by the department.”

Alghabra said “Transport Canada has taken action to implement all of the recommendations from the 2013 audit to strengthen oversight and improve compliance and enforcement activity. It has also made considerable overall improvements to further enhance rail safety in Canada. We have hired more inspectors and increased the number of annual inspections.

“In the last year alone, we have implemented regulations requiring video and voice recorders to be installed in locomotives, approved new rules to improve fatigue management, and ordered the industry to improve employee safety in yard operations.

“We have also instructed industry to improve their track maintenance and inspection procedures, and implemented speed restrictions on trains carrying large quantities of dangerous goods.”

The consultation will be carried out through the Let’s Talk Transportation section of its website www.tc.gc.ca.