Two years too late: It’s high time for Canada to implement the right to housing 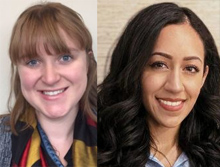 As the Canadian government works to recover from the pandemic, one basic human right remains alarmingly inaccessible to more and more people across the country: housing.

COVID-19 has exposed the harsh inequities in housing, health, and income across Canada, with stay-at-home orders and social distancing protocols near-impossible to follow for the growing number of people living in precarious, uninhabitable, or overcrowded accommodations, facing evictions into homelessness, or experiencing homelessness against a backdrop of an increasingly unaffordable housing market.

Of course, these stark disparities in health and housing are not new. Historically marginalized groups like women, Indigenous peoples, Black and racialized peoples, queer households, and persons with disabilities were already overrepresented in low-income, precariously housed, and homeless populations, and faced poorer health and life outcomes as a result. This is precisely why civil society advocates fought so hard for the Government of Canada to pass the National Housing Strategy Act (NHSA) in 2019, cementing its commitment to the human right to adequate housing in law.

But over two years since Canada made this historic commitment, we have yet to see the federal government meaningfully implement key pillars of the NHSA legislation. Instead, violations of the right to housing are mounting in Canada’s dire housing and homelessness crisis.

Canada’s NHSA outlines a practical human rights-based approach to housing that requires the government to root its housing policies, decisions, and regulations in an understanding that housing is not a commodity, but a social good that all people must have equitable access to in order to live with dignity, health, and opportunity.

To implement this rights-based approach, the NHSA requires the federal government to appoint a Federal Housing Advocate. The Advocate is meant to investigate systemic barriers to housing, hear from and amplify the concerns of rights-claimants facing housing need, and drive forward Canada’s realization of rights-based policies and systems to address systemic housing issues.
And yet, rights-claimants across the country keep asking: where is the Federal Housing Advocate?

The stark reality is that two years after the passing of the NHSA legislation and in the face of an anticipated federal election, the position has yet to be filled.

Among the systemic issues that the Housing Advocate could help address is financialization, through which private investors are buying up affordable housing and forcing low- and middle-income tenants out of their homes in order to raise rents for profit. In turn, these homes are made unaffordable to many individuals and families who are driven into poverty, debt, and/or homelessness—a trend that is only worsening in the wake of COVID-19. Grassroots advocacy groups have been calling for stricter federal regulation and taxation of corporate investors for years, but to no avail.

Meanwhile, in many cities across the country, hundreds of thousands of tenants are facing pandemic-related eviction as eviction bans lift and landlord-tenant dispute hearings become increasingly virtual and inaccessible to many. Since the onset of the pandemic, it is estimated that over 250,000 units in Canada have accumulated over $350 million in arrears (i.e. unpaid rent) due to job and income loss, and are now at risk of eviction. These numbers are at crisis level and call for immediate federal support.

Northern regions are also in a state of crisis, though urban-oriented politics and policies too often leave their dire housing needs unseen. A recent report by Nunavut MP Mumilaaq Qaqqaq demonstrates the inhumane and uninhabitable conditions of Nunavut’s social housing—conditions which thousands of Inuit and Nunavummiut have been grappling with for decades due to unaffordable housing costs and inadequate federal support.

A well-resourced and effective Federal Housing Advocate could work with the federal government, rights-claimants, civil society advocates, and other experts to investigate and remedy these systemic issues that make the basic necessity of housing so inaccessible to so many across Canada.

Canada is one of the most affluent nations in the world. There never was and certainly no longer is an excuse for such severe violations of the right to housing to persist across the country at such alarming rates. It’s high time for the federal government to take its commitment to the right to housing seriously and meaningfully integrate a rights-based approach to housing in its COVID-19 recovery efforts—starting with the immediate appointment of the Federal Housing Advocate.

Michèle Biss is a human rights lawyer and the Project Manager of the National Right to Housing Network, a group of over 350 individuals and organizations dedicated to the meaningful implementation of the right to housing. As an expert in economic and social rights, Michèle has presented at several United Nations treaty body reviews and at Canadian parliamentary committees on issues related to poverty.

Sahar Raza is an intersectional researcher, social justice advocate, and the Communications and Research Coordinator for the National Right to Housing Network. She is committed to centering marginalized and underresourced communities in her advocacy, research, and policy development work.