Ottawa must exercise more control over borrowing and spending 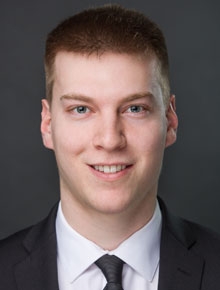 During the pandemic, government budget deficits have grown substantially across Canada—at a time when interest costs are at historical lows. If interest costs return to the slightly higher levels of 2019, deficits would increase by billions for governments across the country.

And yet, several governments (including the Trudeau government) show little concern over their high levels of borrowing and instead simply point to current low interest rates. But this is a flawed and short-sighted approach.

Consider this. For the federal and nine provincial governments (except New Brunswick), if interest costs—that is, the total amount of interest paid relative to the amount of gross debt outstanding—returned to 2019-20 levels, combined interest payments in 2021-22 would rise from the current projection of $53.6 billion to $70.6 billion, an increase of $17.0 billion (or 32 per cent).

There would also be significant increases in federal spending if we apply the effective interest costs from 2019-20 to gross debt projections for the five-year period between 2021-22 to 2025-26. In fact, this scenario produces an additional $34.9 billion in federal interest costs during this time period, which increase federal deficits and debt accumulation beyond current forecasts.

Of course, these scenarios are not meant to be interpreted as a prediction of interest rates. Rather they offer a useful thought experiment of what could happen to government finances in Canada should interest costs begin to rise, even slightly.

Clearly, governments across the country, particularly the federal government, will face higher interest payments and eroding financ­es should interest costs return to 2019-20 levels, which were already near historic lows. Unless policymakers exercise greater caution and pru­dence with respect to debt accumulation, rising interest costs will consume more and more revenue, leaving fewer resources for important priorities such as health care, social services and tax relief.

With this in mind, Canadian governments should develop credible short-term plans, which include spending restraint, while aiming to stop debt accumulation in the foreseeable future. Policymakers must make difficult decisions in a post-COVID world—we cannot run large budget deficits forever.

Jake Fuss is a senior economist at the Fraser Institute.