On This Day in Canada’s Political History: R.B Bennett defeats the Liberals to become Prime Minister

It was on this date in 1930 that Tory R.B. Bennett bested William Lyon Mackenzie King’s Liberals and earned a majority mandate from Canadians. He served five years as Prime Minister as the Great Depression ravaged Canada. Historians later revealed that Bennett, a wealthy man, often sent money to ordinary Canadians, suffering during that Dust Bowl, who reached out to him. I have believed it is a disgrace that Bennett lacks a statue on Parliament Hill, I’ll stick to stuff today that is closer to Kingston.

But on a happier note, it remains a matter of pride for me as someone who graduated from Queen’s that Prime Minister Bennett — the sitting PM at the time — accepted the post of Rector of the university. That’s quite a Rector to land when the serving Prime Minister, despite his countless other duties, agrees to honour your university as Bennett did in 1935. So happy anniversary to R.B. Bennett as he celebrates it from the great House of Commons in the sky. 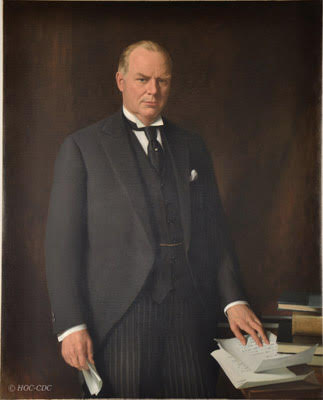