On This Day in Canada’s Political History: Sir Wilfrid Laurier Lays Cornerstone for the University of Saskatchewan

It is a milestone anniversary today for all citizens of Saskatchewan, regardless of party. On this date in 1910 the great Sir Wilfrid Laurier himself, on a Western tour, laid the cornerstone for what is now one of Canada’s most respected and admired universities, the University of Saskatchewan.

I’ll let Sir Wilfrid himself tell the story. Below is his address on that historic day in Saskatoon that took place only five years after Saskatchewan entered Confederation as a province.

Sir Wilfrid Laurier: I find great pleasure in being able to take part in so important a ceremony as this. A great honour has been done me. Education is truly patriotism, for it is the best heritage which a people can have given [to] them. I was certainly impressed last night when I read the inscription on one of the arches with which you have decorated your city. “Saskatoon affords a complete education from the kin­dergarten to the University.”

When a child has gone through the four stages of kindergarten, primary school, high school, and university, he is well equipped for the battle of life. Canada cannot afford to be behind the other races of the world; she is young, but she has already universities which are distinguished and of high rank in the world. There is no doubt that this university will in time be one of the world’s greatest.

The Agricultural College is one of the important buildings of the university. Agriculture is not only a work of the hands, but a work of brain. It is an art, and I hope that this study will take a foremost rank in the curriculum. It is the finest of all studies and sciences. The necessity of that is very great, for agriculture, which is the chief occupation in this province, is the most ancient of occu­pations and sciences; and when farmers realize that by education they can obtain two, three, or four times what their fathers obtained, they will be enthusiastic in the study of agriculture.

The parent who can give a good education to his boy gives the best heritage, better than gold or diamonds. But it will not be the lot of all to be university graduates. If a man has not an education he need not be discouraged. In this country a man can get things for himself; there are no grades here; all are equal. The university has an advantage, but the man without education need not be confined to the second rung. In this democratic country under the British Constitution, it is possible to attain the highest position without schooling. As an instance of that there is John Bright, who rose to be the first statesman of his time. In France also there have been many examples of self-made men. In science we have such men as Stevenson, who have acquired their knowledge entirely through their own efforts.

But if these men had had the privilege of education, what labour could have been saved, what energy, consumed in acquiring a train­ing, could have been given to the service of mankind. Let all who can, come to this university. Let the father send his son, if need be, by personal sacrifice, but without such an opportunity one does not need to be discouraged. It has been a proud privilege to me to lay this stone. I could not have had a more agreeable task.

Let a university arise here which may be a worthy disciple of Oxford, Cambridge, and other universities which have done so much for mankind. 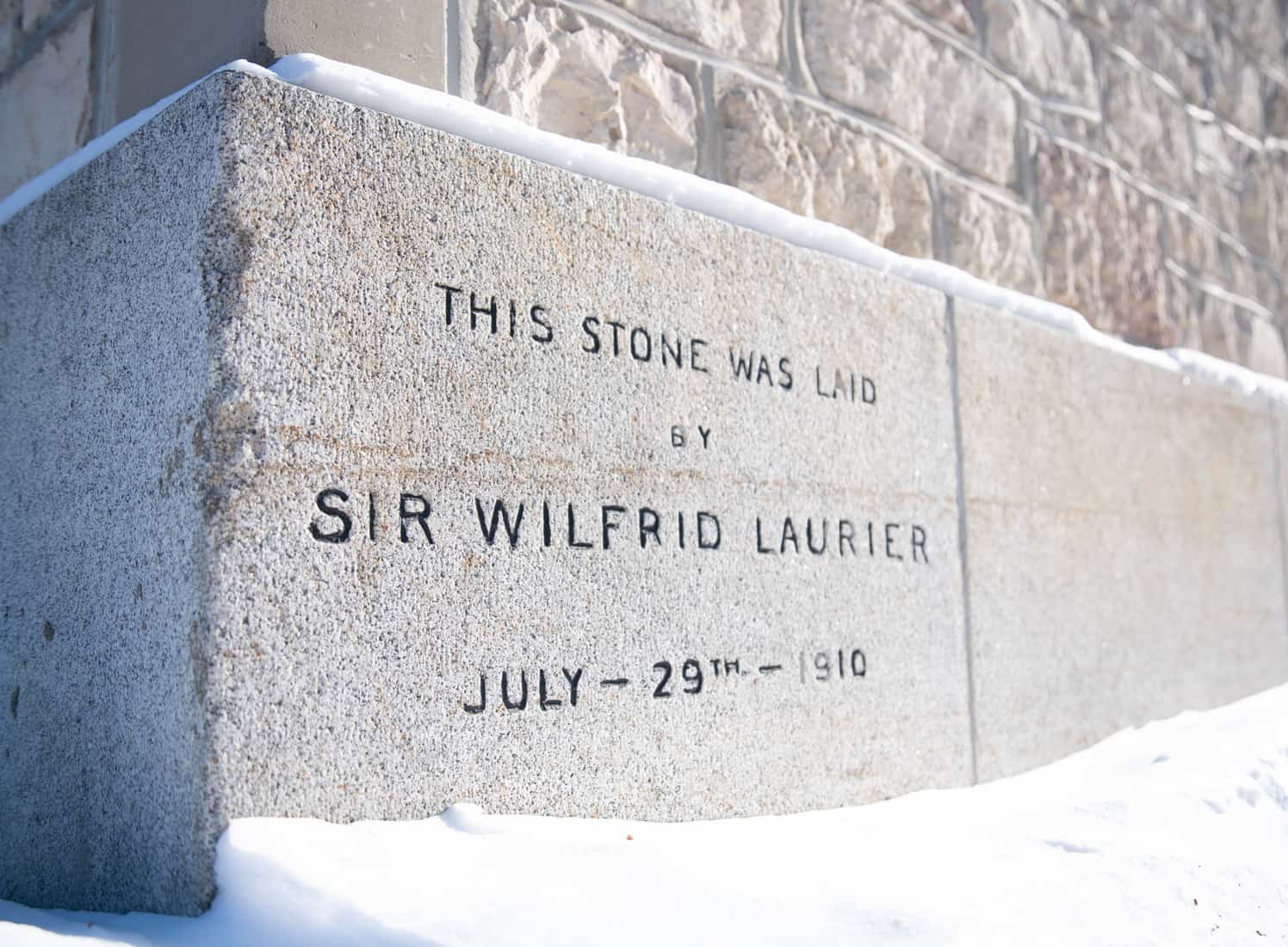 Cornerstone of the University of Saskatchewan, laid by Sir Wilfrid Laurier