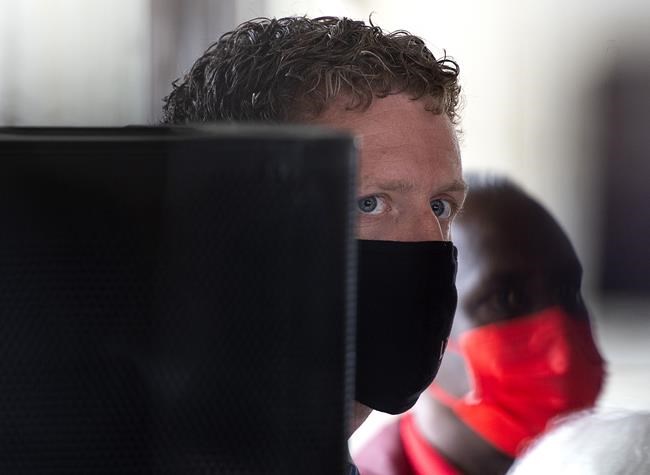 Rankin told reporters that although the so-called "ScotiaPass" would not be mandatory, it would provide businesses such as restaurants and bars with a tool to help keep their patrons safe.

The Liberal promise follows last week's announcement by Quebec Premier Francois Legault that his government would impose a vaccine passport system to curb the spread of COVID-19.

Rankin said details on how the system would work are to come, but the idea is to get ahead of a potential fourth wave of COVID-19 while case numbers remain low in the province. As of Monday, Nova Scotia had 16 active cases of novel coronavirus.

"Quebec is doing it as their cases are rising," Rankin said. "We are doing it in advance of a possible surge."

Rankin said that while the plan is to have a system that is voluntary for businesses, he hinted at possible stronger steps, saying a Liberal government would "do whatever it has to do" to keep the public safe in the event of a surge of the virus.

The announcement was the first COVID-related policy initiative put forward by any of the parties in the provincial election. Rankin dismissed the idea that the Liberals are politicizing the province's public health response by making a campaign promise.

"I think Nova Scotians want to know which party is going to continue with the path that we have been on over the last 16 months," he said.

When asked about the Liberal proposal, Progressive Conservative Leader Tim Houston told reporters that he didn't want to "politicize people's fear," adding that his party would take guidance from public health officials. "I think Nova Scotians have a right to know and should feel comfortable that I'll work with the experts," Houston said.

The Tory leader did say he contacted chief medical officer of health Dr. Robert Strang last week to ask him about the idea of a vaccination passport.

The party later released the email correspondence in which Strang said some sort of vaccine passport is under "active consideration." However, he told the Tories that because the province is in an election period, he wouldn't be sharing any information with any of the political parties.

"We will be bringing forward information and recommendations to the new government after the Aug. 17 election," Strang wrote.

In an emailed statement, the NDP said it supports "exploring any measures" to keep people safe, including improved immunization records. The party said it would increase supports to ensure as many people as possible get vaccinated, including paid sick time.

Meanwhile, Houston highlighted a platform promise to directly fund about 40 per cent of the cost of fertility treatments for people who want to become parents. The Tories propose allowing people toclaim a maximum of $20,000 in eligible costs, with a cap of $8,000 a year.

Houston pointed out that unlike neighbouring Prince Edward Island and New Brunswick, Nova Scotia does not offer assistance for couples struggling to conceive.

"We are pro-population growth," he said. "It's the right thing to do to support families, and it's smart government policy."

Also Monday the NDP released its costed election platform, saying it would spend $151 million during its first year in power for initiatives such as affordable housing, mental health care, child care and long-term care.

On their big-ticket items, the New Democrats are pledging $158.4 million over four years to build 1,000 community housing units and $386 million for new and replacement long-term care beds. The party said that much of those capital costs would be shared with the federal and municipal levels of government.

The Liberal platform estimates the party's promises at $454.7 million over four years, of which$93.2 million would be spent in the first year of their mandate. The Progressive Conservatives are projecting $553 million in new spending during their first year in office, including $430 million for the health-care sector.