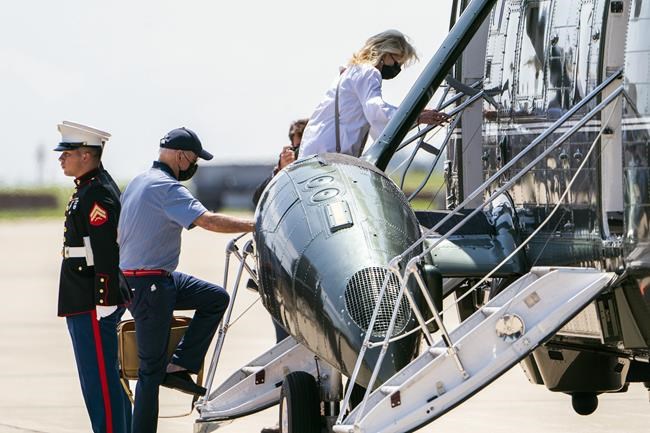 The boot was on the first lady's left foot Friday as she and President Joe Biden boarded a helicopter in Delaware to fly to the Camp David presidential retreat in Maryland. She also held onto crutches.

President Biden helped her navigate a short flight of stairs onto the chopper.

The first lady punctured her foot in late July during a beach walk in Hawaii, where she flew for official events after participating in the opening of the Tokyo Olympics, the White House said.

She returned to Washington on July 26 and received outpatient treatment at Walter Reed Military Medical Center in Bethesda, Maryland, on July 29. President Biden joined his wife at the hospital.

Her spokesperson, Michael LaRosa, said it wasn't known what caused the puncture, but the wound was cleaned, was not infected and was expected to “heal nicely.”

The first lady had not been seen in public since she returned from Hawaii.