Biden, leaders of Australia, India, Japan to meet in person 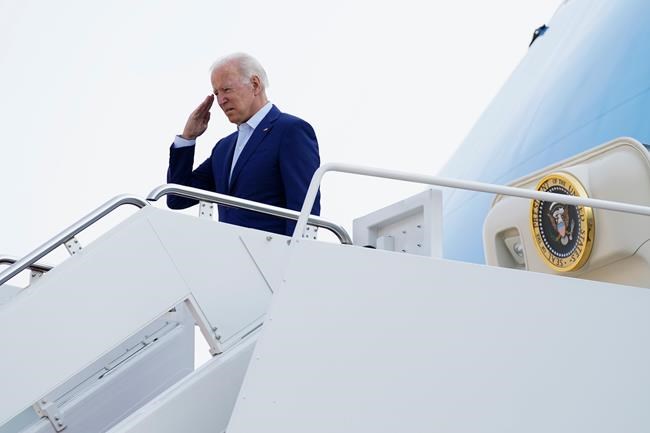 WASHINGTON (AP) — President Joe Biden is set to host the leaders of Australia, India and Japan for a four-way meeting later this month to strategize about COVID-19, climate change and other issues.

Biden had hosted a virtual meeting of the group, referred to as the “Quad,” in March.

Psaki said the meeting shows the administration's commitment to the Indo-Pacific region as the U.S. aims to counter a rising China. As part of that commitment, Vice President Kamala Harris recently visited Singapore and Vietnam.

The meeting agenda will include discussion of COVID-19, climate change, partnering on emerging technologies and cyberspace, and promotion of a free and open Indo-Pacific, she said.