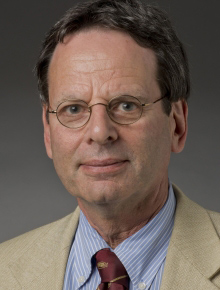 On the campaign trial, as part of the ongoing debate about how to improve Canada’s health-care system, we often hear claims that allowing the private sector to play a larger role in the financing and delivery of health care will undermine universal access. But this claim ignores the prominent role the private sector plays in health-care systems in other countries that provide universal access to basic health care and that outperform Canada across a range of health-care metrics.

In contrast to Canada, countries such as Australia, New Zealand, Norway and Sweden, among others, allow private insurers to offer plans that can be used to expedite access to medical services, expand the choice of providers and gain access to amenities including private hospital rooms within public hospitals. Switzerland and the Netherlands go even further and require residents to purchase basic insurance plans from private insurers in a regulated but competitive market while offering subsidies for low-income families and regulating premiums. Even the United Kingdom has a robust parallel private system often used as an alternative to the ailing National Health Service.

Other universal health-care countries also embrace the private sector as a partner in the delivery of universal care. For example, governments in Australia routinely contract with private hospitals to provide medically necessary services. In Germany, nearly one-third of the total number of hospital beds are in private for-profit hospitals, although 99 per cent of all beds are accessible to individuals with public health insurance

Clearly, allowing private-sector participation in the financing and delivery of medical services does not undermine universal access to basic health care. And yet, defenders of Canada’s strict single-payer public insurance scheme tenaciously repeat the claim that such participation will inevitably mean that higher-income Canadians will receive “better” care than lower-income Canadians.

As noted above, in other countries private insurance coverage gives insured patients a wider choice of health-care providers, facilities and expedited access to services. Crucially, however, it also reduces wait times for those relying on the public system, as people who pay privately and use privately-owned facilities draw less heavily on the public system.

Back here at home, the Saskatchewan Surgical Initiative offers a clear Canadian example of how partnerships with the private sector can help reduce wait times. Over the course of the initiative—which, among other reforms, contracted with private for-profit clinics to deliver publicly-funded day-surgeries—the province’s average wait time for surgeries fell dramatically from 26.5 weeks in 2010 to 14.2 weeks in 2014.

Finally, there’s no evidence that health inequities are systematically related to the scope or nature of private health insurance or that individuals with prior health conditions or relatively low incomes suffer disadvantages in accessing health care in countries that allow or promote private-sector participation.

The actual experiences of other wealthy universal health-care countries cast serious doubt on Canadian claims that a greater role for the private sector in financing and delivering health care will benefit well-off Canadians while harming other Canadians. While perfect equity is likely unachievable under any health-care regime, the facts suggest that most if not all Canadians would benefit from greater private-sector participation in our health-care system. Canadian voters would benefit from more discussion about how the private sector complements public-sector health care elsewhere around the world, and by less political posturing about “fairness” absent the facts.

Steven Globerman is a resident scholar at the Fraser Institute.