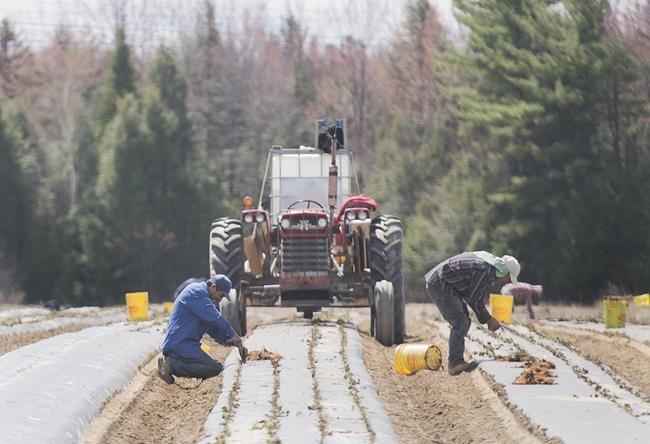 Government has failed to fully address the issue.

Back in 2019, Mushrooms Canada asked the federal government to give people who came to Canada under the Temporary Foreign Worker Program (TFWP) the opportunity to become landed immigrants, he said.

“In spite of some gains for our workers, we have found not enough has been done by the government to help farm workers to stay on our farms. We need more people working in agriculture in rural Canada.”

The shortage has been exacerbated by the Covid-19 pandemic, he said. “The labour shortage for Canadian agriculture is massive and continues to grow. To grow food in rural Canada, we need to fill this labour gap.”

According to the Canadian Agricultural Human Resource Council (CAHRC), there were 16,500 job vacancies on Canadian farms in 2018 and the number is expected to reach a potential shortage of 123,000 people by 2029. Mushroom farms alone have a 20 per cent job vacancy rate, he said.

In advance of the Sept. 20 election, CMGA released proposals and a video to back up its argument about the labour shortage and ask for a labour strategy and immigration policy “that makes sense so we can begin to fill the labour gap with a made in Canada approach to farm worker immigration that works for our workers and farms.”

“When Canadians don’t apply for these year-round farm jobs, we want these workers who are interested in agriculture, who have a job from day one of arrival through the TFWP, to have a chance to stay and immigrate.”

The Canadian agriculture supply chain is contributing $111 billion per year to the national economy, more than six per cent of Canada’s GDP. “That’s $304 million per day, creating 2.3 million jobs,” he said.

They should be able to stay and work when there are vacancies that can’t be filled by Canadians, she said. The Agri-Food Immigration Pilot needs to be different than the other immigration programs or it is more of the same for the workers without access to immigration.

“The workers report to us that there is a fundamental misalignment and misunderstanding of their skills, experience, and they are called lower-skilled,” she said. “We strongly disagree with how they are being treated by the federal government within these programs.

“Removing immigration obstacles would allow the farms to recruit people interested in agriculture to stay so these farm workers who are employed in good jobs with competitive wages can build new lives in Canada.”