Ten ex-MPs who served under two years to get $93,000 severance cheques: federation 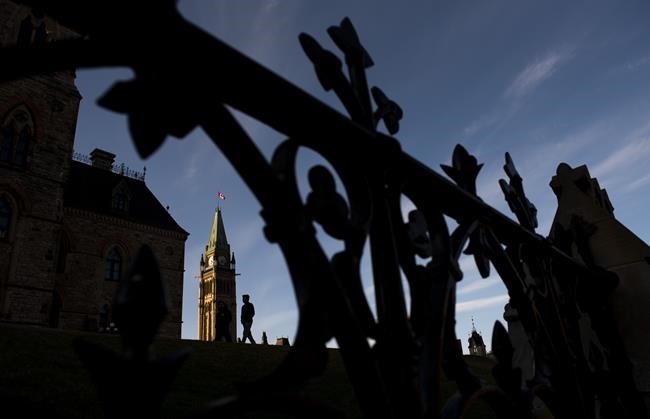 OTTAWA — MPs who lost their seats or stood down before the recent federal election could get $3.3 million in farewell payments, an analysis by the Canadian Taxpayers Federation has found.

MPs defeated at the polls and those who decided not to run again qualify for a severance cheque worth half their salary — some $92,900 or more if they were a cabinet minister or chaired a committee.

They include 10 MPs who served less than two years in the House of Commons, figures from the federation show.

Louise Charbonneau was elected MP for Trois-Rivieres in 2019 for the Bloc Quebecois. She announced she would not run in 2021 earlier this year.

Paul Manly, who lost his seat as Green MP for Nanaimo-Ladysmith, served just over two years as an MP. He was elected to the B.C. seat in a May 2019 byelection.

If outgoing MPs are 55 or older and have been an MP for six years, they qualify for a pension instead of a severance cheque.

Sixteen MPs who left at the election stand to gain pensions worth $1 million or more if they live to age 90, according to the federation's analysis.

It estimates that pensions for MPs leaving office in 2021 will cost the public purse $1.4 million a year.

Severance payments for MPs who will not return to Parliament in 2021 will cost the taxpayer $3.3 million, the assessment of publicly available figures shows.

Among those who qualify under the rules for a severance payment are 11 MPs elected in 2019.

Many taxpayers would be dismayed by the size of severance cheques for ex-MPs who served for so little time, said the federation's Franco Terrazzano.

"You have had so many Canadians who have struggled through this pandemic and who have lost their jobs or taken pay cuts, and their taxpayer dollars are paying these huge severance cheques to MPs show served less than two years," he said.

Benefits for Canadian MPs leaving office are more generous than in some other comparable countries, including the United Kingdom.

In the U.K., defeated MPs get a "loss of office" payment worth a few thousand pounds — approximately $5,000 — if they have served at least two years in Parliament. Unlike in Canada, they get nothing if they decide not to fight the election.

Some former Canadian MPs will miss out on a pension because the election was called a month short of the six years they needed to qualify.

Just before the end of the last session of Parliament, a Commons committee was informed that the MPs' pension fund would receive an increase of $126.8 million. Most of the increase was due to an assessment by actuaries of the value and future needs of the pension fund.