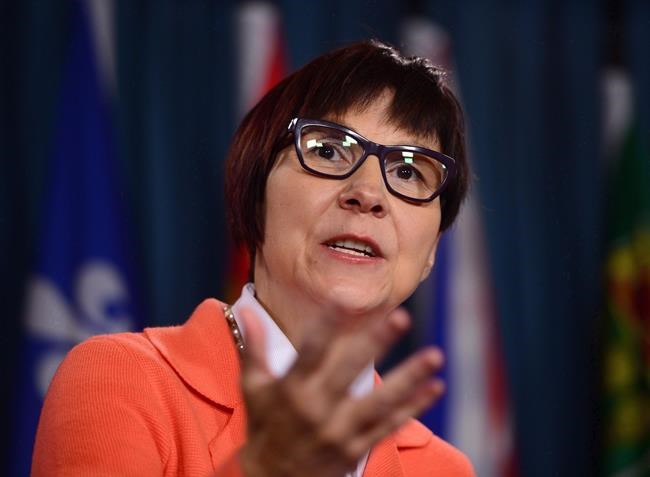 OTTAWA — A prominent child-welfare advocate wants Canadians to ask their MPs to urge Ottawa to cease its court battles around services and compensation for First Nations children after the Federal Court upheld two key rulings on Wednesday.

The Canadian Human Rights Tribunal had earlier ruled Ottawa had "wilfully" and "recklessly" discriminated against Indigenous children by knowingly underfunding child and family services on reserve.

In September 2019, it ordered the federal government to pay $40,000, the maximum the tribunal can award, to each First Nations child removed from their home after 2006, as well as to their parents, because of the discrimination.

It was estimated that around 54,000 children and their parents could be eligible to receive compensation, which would likely cost the federal government more than $2 billion.

The second legal battle stems from a separate ruling in 2020 that expanded the scope of Jordan's Principle, which is a rule stating when there is jurisdictional disagreement over what level of government should provide a service to First Nations children, Ottawa takes on the responsibility and worries about the costs second.

The tribunal ruled the principle should apply to children who are members of a First Nation even though they don't have status under the Indian Act as well as kids whose parents are eligible for status when they are not.

"No one can seriously doubt that First Nations people are amongst the most disadvantaged and marginalized members of Canadian society," Federal Court Justice Paul Favel wrote in his decision released Wednesday.

"The Tribunal was aware of this and reasonably attempted to remedy the discrimination while being attentive to the very different positions of the parties."

Favel found that the government failed to establish that either of the tribunal's decisions were unreasonable.

"In my view, the procedural history of this case has demonstrated that there is, and has been, good will resulting in significant movements toward remedying this unprecedented discrimination. However, the good work of the parties is unfinished," Favel wrote.

"The parties must decide whether they will continue to sit beside the trail or move forward in this spirit of reconciliation."

Cindy Blackstock, executive director of the First Nations Child and Family Caring Society of Canada, which is one of the parties fighting for Indigenous children to be compensated, said the judicial reviews Ottawa launched took direct aim at central calls to action from the Truth and Reconciliation Commission of Canada regarding child welfare and Jordan's Principle.

"This is the moment for Canadians, with the first National Day for Truth and Reconciliation tomorrow and knowing that these are some of the top calls to action, to get ahold of their elected officials and say, 'put down your sword.'"

"They have been fighting this case against First Nations kids to get equitable services and their families to get help to recover from the residential school trauma for now 14-and-a-half years … the Canadian people are now at a place where they want to see the TRC calls to action realized."

The parties have 30 days to appeal Favel's ruling.

"Canada remains committed to compensating First Nations children who were removed from their families and communities and to continue implementing significant reform of the First Nation Child and Family Services Program, recognizing that class actions have been filed, including by the Assembly of First Nations and Moushoom," Miller said in an emailed statement.

Miller said that Jordan’s Principle continues to ensure that First Nations children can access the products, services and supports they need when they need them.

He said the government continues to work with Indigenous governing bodies to implement an Act respecting First Nations, Inuit and Métis children, youth and families, under which First Nations are enabled to exercise their jurisdiction in relation to child and family services and make decisions in the best interest of their children.

"These are important steps in redressing the intergenerational impacts of colonization."

Blackstock said the work has been done to set up a system to provide payments to First Nations children and their families who are eligible to be compensated.

"We're ready, as soon as the federal government puts down its sword and stops fighting these kids," she said.

Opposition parties and Indigenous leaders have criticized Prime Minister Justin Trudeau's decision to fight both of these rulings, saying that's not the appropriate course of action for a government committed to reconciliation.

“Today was an absolute victory for First Nation children. For six years Justin Trudeau spent millions fighting the rights of Indigenous children and trying to overturn a ruling that found his government guilty of 'wilful and reckless' discrimination against vulnerable Indigenous kids. The court has thrown his case out," NDP MP Charlie Angus said in a statement Wednesday.

He called for the government to immediately end its legal battle in the matter and focus on closing funding gaps and chronic denial of services to First Nations children.

"Given that tomorrow is the first-ever National Day for Truth and Reconciliation, it is imperative that the federal government finally take clear steps towards truth, justice and reconciliation for all Indigenous people in Canada," he wrote.

This report by The Canadian Press was first published Sept. 29, 2021.