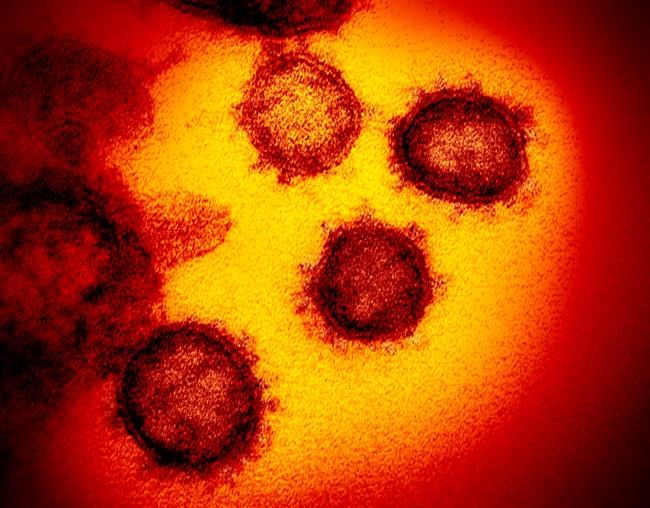 HALIFAX — The New Brunswick government is imposing a series of tough health-protection measures — including gathering limits during the Thanksgiving holiday — to stop a surge in COVID-19 cases that is straining the province's health-care system.

Among other measures, Premier Blaine Higgs announced Tuesday that all family gatherings during the upcoming long weekend must be limited to single households.

"This step is required to protect our health-care system and is aimed at achieving a reduction in hospitalizations," Higgs said.

"Traditionally, Thanksgiving is a time that people gather with family and friends. But social gatherings of unvaccinated New Brunswickers is driving our current situation."

The province's plan also calls for a set of so-called circuit-breaker measures that will be imposed for two weeks on the three areas of the province that have recorded the highest number of hospitalizations. The areas include the upper Saint John River Valley, Edmundston in western New Brunswick, and the Moncton area in the province's southeastern region.

"We have seen an unprecedented number of deaths, hospitalizations and ICU admissions over the last month — more than at any time since the pandemic began," Dr. Jennifer Russell, the province's chief medical officer of health, told reporters.

"With the health-care system under significant strain and the Thanksgiving holiday approaching, more actions are needed to protect the health and safety of New Brunswickers."

Starting this Friday at 6 p.m., residents covered by the circuit-breaker restrictions must limit their contacts to their households. And that rule applies to all indoor and outdoor gatherings, except in public places where proof of vaccination is required.

Travel to and from these areas is prohibited unless it is required for work purposes, health-care reasons and child custody arrangements. All schools will remain open, but extracurricular activities will be banned.

Businesses and entertainment venues can remain open, but they must admit only those who can provide proof of vaccination and government-issued identification.

As well, Higgs announced a mandatory vaccination order for four levels of provincial government employees and those who work in long-term care facilities and early childhood education centres.

Anyone covered by that order must be vaccinated by Nov. 19 or they will be placed on leave without pay, he said. That penalty also applies to unvaccinated public employees who become a contact for a positive case of COVID-19.

In the province's school system, where COVID-19 cases have been reported at more than 60 schools, the government has pledged to roll out a rapid testing program.

Meanwhile, provincial health officials reported 90 new cases of the disease Tuesday and one more death attributed to the novel coronavirus — a person in their 80s.

The province is dealing with 782 active cases of COVID-19, triple the number of cases in neighbouring Nova Scotia.

There are 50 people recovering in hospital, including 23 receiving intensive care — a caseload that has led to cancelled surgeries and other health-related backlogs. Among those in hospital, 82 per cent are unvaccinated.

Speaking at a briefing Tuesday, Dr. Heather Morrison noted that of the 987 new cases reported in Atlantic Canada in the past week, almost two-thirds were recorded in New Brunswick.

"As a close neighbour, we watch (New Brunswick) very closely," Morrison said. "We hope that P.E.I. never has to deal with a surge in cases that results in serious illnesses that overwhelm our health-care system."

In late July, New Brunswick became the first province in Atlantic Canada to remove all health-protection measures, including mask-wearing rules.

On Sept. 24, as the Delta variant continued to spread rapidly across the province, Higgs reimposed a state of emergency on the same day a senior health official admitted that lifting restrictions two months earlier was a mistake.

On Tuesday, the leader of New Brunswick's Opposition Liberals, Roger Melanson, issued a statement saying Higgs isn't doing enough to stop the spread of the virus.

"It is extremely unfortunate that the inaction of the Higgs government has brought us to this tragic point in the pandemic," Melanson said. "The current state of our province and the tough measures that will likely come to address the situation were all avoidable."

Melanson cited a recent published report that quoted one of the province's former chief medical officers suggesting political interference in the province's management of the pandemic.

"I assure New Brunswickers that I will hold the premier and his cabinet accountable for the decisions they make and the actions they take in fighting this pandemic," Melanson said.

In Nova Scotia, health officials reported 40 new cases Tuesday, 34 of them detected in the province's central zone, which includes Halifax. Nova Scotia is now dealing with 248 cases of COVID-19, 17 of which involve people recovering in hospital — including four in intensive care.

Newfoundland and Labrador reported five new cases Tuesday. The province had 153 active cases, most of them in the central region, where a series of outbreaks are under investigation.

This report by The Canadian Press was first published Oct. 5, 2021.