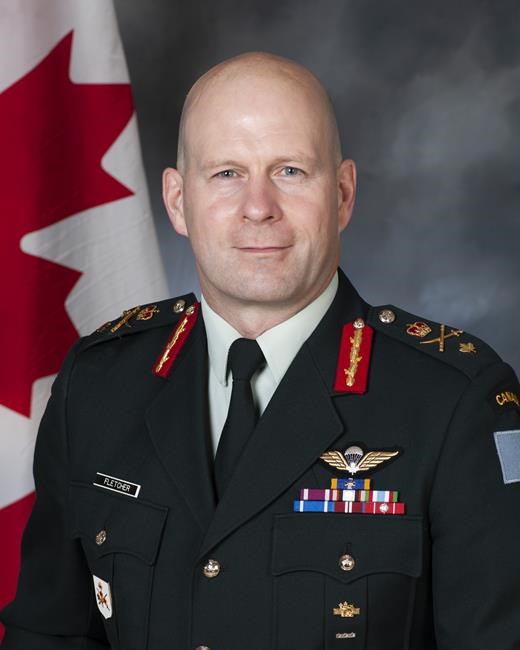 Ottawa is requiring federal employees, including members of the military, be fully vaccinated by the end of this month. The government also expects employers in federally regulated industries, including banks and airlines, to do the same.

There are almost 12,000 regular and reserve forces under his control.

"It's been made very clear by the government that we will follow the same direction that the government has given the public service and we will enforce mandatory vaccines across the Canadian military," Fletcher said in an interview from his office in Edmonton.

He said more than 90 per cent of Canadian military personnel are already double vaccinated and he's not worried about any pushback from what he calls a small percentage.

"We'd already been dealing with the implication for deployments ... of non-vaccinated folks going into a COVID-hot environment or going into an international setting where the host country has said, 'you will be double vaccinated,'" he said.

"Those folks ultimately have to make a decision on whether they'll be vaccinated."

He said he couldn't comment on what would happen to personnel who are not vaccinated. But the federal government has said public servants will be put on unpaid administrative leave if they aren't vaccinated by Oct. 29.

Fletcher said responding to COVID-19 has been a learning process for the Canadian Forces, because it was "nothing that anybody had ever talked about in any of my army training."

Members of the military, he added, have helped with both pandemic assistance and vaccine distribution across the country.

Fletcher said it's been positive for the mental health of army personnel to be able to help out during the pandemic, because sitting around home with their families during the early stages "grew old pretty quickly."

"They're women and men who didn't join to sit at home. It started taking a toll, I think, from a mental-health perspective, certainly from a training perspective," Fletcher said.

"We had soldiers who were considering releasing actually pull their releases to be able to respond on behalf of Canadians. So I think it was very cathartic. We got back into doing what soldiers wanted to do."

This report by The Canadian Press was first published Oct. 17, 2021.