Could a hybrid House of Commons be here to stay? NDP leader wants to talk about it 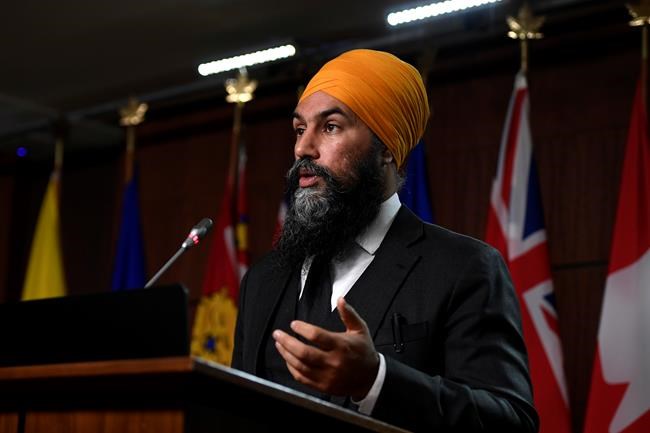 The NDP leader said Wednesday that MPs should consider keeping a flexible format — allowing some MPs to participate virtually in parliamentary proceedings if they need to — after the COVID-19 pandemic ends.

He argued that a permanent hybrid parliament would persuade more people to go into politics and provide flexibility for some MPs with caregiving responsibilities.

Singh said a hybrid parliament has been shown to work well during the pandemic and he thinks continuing it after the public health crisis subsides should be explored.

"It is a good thing to perhaps continue the hybrid format even after the pandemic because it provides for greater participation and greater flexibility as well."

Singh said widening participation in federal politics and making it more "welcoming" to women, people with young children and those with other caregiving duties would be good for Canada.

"If we want to encourage younger MPs with families (and), women to participate in politics, we can't just say, 'OK, participate,' without doing something to make it more welcoming or easier or more conducive or more accessible," he said.

"Having a hybrid parliament is a tool that would encourage more participation."

Both the NDP and the Liberals favour continuing with the hybrid format, which was introduced during the pandemic, when Parliament resumes on Nov. 22. They also support allowing only fully vaccinated MPs to enter the Commons precinct.

The Conservatives are opposed to both the resumption of a hybrid format and the mandatory vaccination requirement. They have expressed concern that not enough ministers showed up in the Commons during the last session to be questioned.

This report by The Canadian Press was first published Oct. 27, 2021.