Freeland downplays impact absence of leaders from China, Russia may have at G20 talks 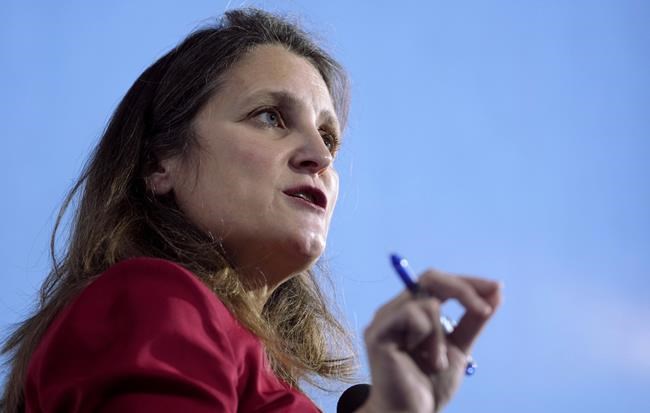 ROME — Canada's deputy prime minister says the absence of leaders from China and Russia at the G20 summit in Italy this weekend isn't ideal, but isn't commenting on the impact that may have on tough climate talks.

Freeland says the G20 is most effective when every leader is there, but has blamed their absences on their reluctance to travel during the COVID-19 pandemic.

But the effect on negotiations to reach a crucial consensus on stronger action to slow global warming could be significant.

In addition to Chinese President Xi Jinping and Russian President Vladimir Putin, the leaders from Mexico, Brazil and Japan were also absent, meaning one-quarter of the group sent ministers instead of the top decision makers.

The hope for this weekend is for G20 leaders to agree to stronger language about the need to quickly curb greenhouse gas emissions, including phasing out investments in new coal plants both at home and abroad.

This report by The Canadian Press was first published Oct. 31, 2021.