The Streets: Ottawa faces calls to step up on veteran homelessness 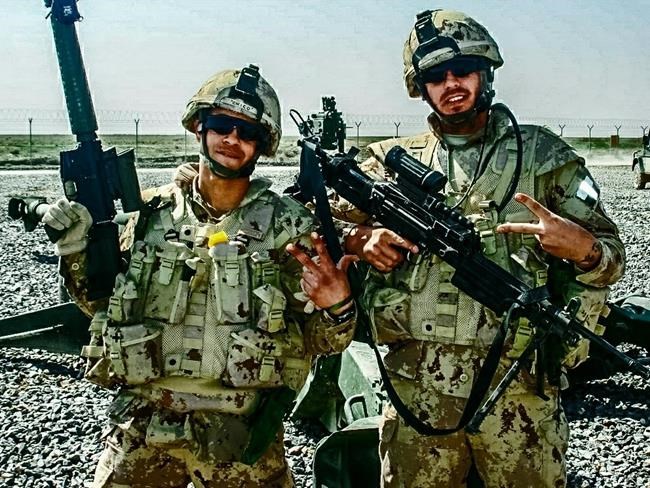 OTTAWA — Dan Campbell and Benjamin Van Eck were fast friends while serving in 2 Royal Canadian Horse Artillery. The pair were “Stuck at the hip,” as Campbell describes it, during months of training and a deployment to Afghanistan in 2007 where they served on the same gun.

“We didn’t have the best upbringing and we basically joined the army and we knew it was our last shot at something,” Campbell recalls. “I wasn’t given anything and I had to work hard for whatever I had. He was the same, so we gravitated towards each other.”

Yet while Campbell would eventually settle down to start a family, Van Eck struggled with addiction and homelessness after hanging up his uniform. His body was found on the streets of London, Ont., this past June.

Van Eck’s death was a tragic reminder of the disproportionate number of veterans who end up unhoused and on the streets after serving the country. And while Ottawa has been promising a plan to address the problem for years, it has yet to deliver.

Instead, grassroots groups have been stepping up to fill what some see as a gap between the government’s clear responsibility for providing support for veterans without housing and what it provides.

“We're seeing progress around the country. We're seeing an eagerness in communities on the ground to solve the problem," says Tim Richter, head of the Canadian Alliance to End Homelessness.

"And we now need to see some urgent movement from the federal government. I mean, governments have talked about this issue for decades.”

There are no definitive statistics when it comes to the number of homeless veterans, but estimates have placed the figure between 3,000 and 5,000. A point-in-time survey of emergency shelters in 61 communities in 2018 found 4.4 per cent of users were veterans.

“However, only about 1.7 per cent of the Canadian population are veterans,” says Suzanne Le, executive director of the Multifaith Housing Initiative in Ottawa. “So you can see that there's a huge over representation of veterans in the homeless population.”

Why are veterans more likely to end up on the street?

A House of Commons committee studying the issue in 2019 was told veterans often end up homeless for many of the same reasons as other Canadians: poverty; a lack of affordable housing; job loss or instability; health problems; and family and marital breakdowns.

Yet veterans were more likely to experience problems with alcohol and drugs, the committee heard. The loss of identity and camaraderie that comes with leaving the military and trying to re-enter civilian life were also factors.

In May 2019, the committee made 10 recommendations for eliminating veterans’ homelessness, a target witnesses said was realistic. Those recommendations included a rent supplement and funding for housing projects specifically for veterans.

The following month, the House of Commons adopted a unanimous motion calling on the government to “set a goal to prevent and end veteran homelessness by 2025” and present a plan to fulfil that objective by June 2020 with special consideration of a housing benefit.

While no one at that time could have foreseen the COVID-19 pandemic, there is a growing sense of impatience over what many see as a lack of commitment and leadership from Ottawa.

The Liberal government did commit $45 million in this year’s federal budget for a two-year pilot project intended to provide veterans with rent supplements and what are known as “wraparound supports” to keep them from falling back out onto the streets.

Yet that project won’t be launched until next spring at the earliest, while Le is skeptical about the plan's long-term prospects.

“There have been a few pilot projects that have happened,” she says. “And when the pilot projects are done, all those veterans ended up back on the streets, and they become very mistrustful of the government and they don't want anything to do with pilot projects.”

In the meantime, others have stepped up to address the problem. That includes the Multifaith Housing Initiative, which spearheaded construction of a 40-unit building called Veterans’ House on the site of the former Canadian Forces Base Rockcliffe, just east of downtown Ottawa.

Bill Beaton was one of the first veterans to move into the building when it opened in February. Sitting in his room, the 65-year-old former weapons technician talks about life after his military career, which included being without a home to live in on multiple occasions.

“If you've got a roof over your head, everything else is possible,” he says.

Veterans’ House provides permanent affordable housing, as well as on-site services such as peer support programs and a yard for service dogs.

The $11.5-million cost was covered by a combination of fundraising and government cash, including $6.5 million from a program set up by the federal government through the Canada Mortgage and Housing Corp.

Yet getting that money wasn’t easy, says Le.

“When you’re in a veterans’ project and you’re fighting for funds, you’re competing against other projects that get better funds because they also get a lot of (matching funds) from the province and the municipalities,” she says.

During the last federal election, the Liberals promised to set aside a special stream specifically for veterans’ housing projects but have not provided details.

Municipalities have also started to get in on the game, says Richter, who points to London’s success reaching what he describes as “functional zero,” which is when a city has the ability to house more veterans than the number who become homeless in a month.

Richter could not speak to what happened to Van Eck, but he and others underscored the need for better treatment when it comes to addiction and psychological trauma in addition to affordable housing.

Afghan war veteran Chris Dupee has seen that firsthand since leaving the military because of post-traumatic stress disorder. He founded Cadence, a health centre in Newmarket, Ont., designed specifically for first responders and veterans.

“Addictions, that's something that goes hand in hand with mental health and with homelessness,” he says. “While you're avoiding, you find this tool to help your avoidance and then you just dive in.”

Campbell says he was shocked and saddened but not surprised when he found out what happened to Van Eck. And while he doesn’t know whether more affordable housing for veterans would have saved his friend, he wishes it had been an option.

This report by The Canadian Press was first published Nov. 7, 2021.