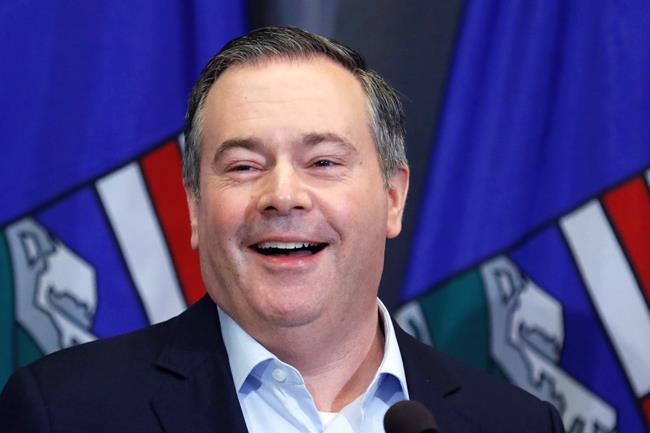 Kenney says the province has now received doses of the modified pediatric Pfizer-BioNTech vaccine for children age 5 to 11 and will distribute the vaccines to 120 locations provincewide over the next two days.

He says 391,000 children are now eligible for vaccines, meaning that 94 per cent of all Albertans can get them.

Kenney is urging hesitant parents to seek out information on the efficacy of the drug, which Health Canada says is almost 91 per cent effective with no identifiable side effects.

Alberta joins other provinces set to begin administering the vaccines to children this week, some as early as Wednesday.

The first shipment of the vaccine arrived Sunday and Canada expects to soon have almost three million doses.

Health officials say those under 12 now account for the highest rate of new COVID-19 infections.

"The wait is basically over," Kenney said Tuesday.

"Starting tomorrow morning at 8 a.m., parents and guardians will be able to book first dose appointments for children between ages 5 and 11 to help protect them, their loved ones, and our communities from COVID-19.

"This is welcome news for many parents who will log in, I suspect, first thing tomorrow morning to book their kids' vaccines."

Early uptake has been overwhelming in many provinces, including Manitoba, Ontario and Saskatchewan with tens of thousands of parents booking online as soon as the portal went live.

In Alberta, the plan is to administer the pediatric vaccine through clinics rather than schools.

Kenney said Monday that few students were inoculated on school sites when the vaccine was offered for youth in the 12 to 18 age range. He said there were many cancellations along with challenges in getting consent forms signed.

He said, on the advice of health officials, rapid flow-through clinics are the best route to go.

The Opposition NDP said Kenney's government failed to provide timely vaccinations in schools, leading to the failure of the in-school inoculation program.

To date, Alberta has delivered 6.8 million vaccine doses to those aged 12 and up.

About 88 per cent of eligible Albertans have had at least one dose and 83 per cent are fully vaccinated.

Kenney said Alberta is emerging from the fourth wave of the coronavirus, which swamped hospitals at its peak in September and forced the cancellation of 15,000 surgeries.

There are 94 Albertans in intensive care with the illness, compared with 266 at the peak.

Kenney said despite the reduction, the health system remains under acute strain as it continues work to catch up on the backlog of surgeries.

This report by The Canadian Press was first published Nov. 23, 2021.