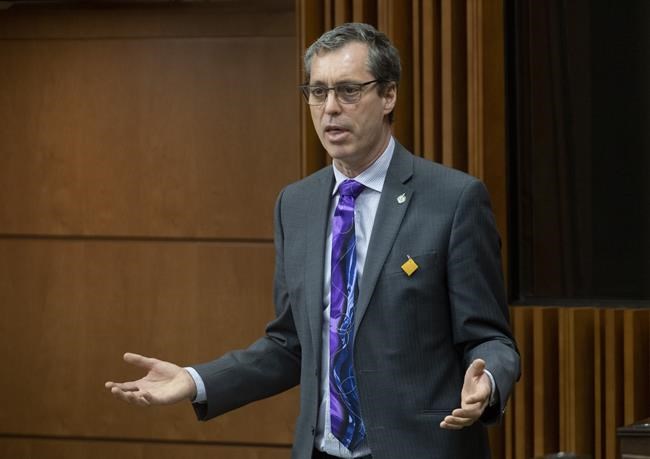 OTTAWA — Paul Manly, the former MP who lost his British Columbia seat in the election, withdrew Wednesday from the race to be interim leader of the Greens.

His withdrawal from the contest, which will be decided by the party's federal council on Wednesday evening, makes Amita Kuttner, who stood against Paul in last year's leadership election, the new front-runner for the role.

If appointed, at 30 years old, Kuttner would be the youngest person, the first trans person and the first person of east Asian descent to lead a national political party.

Kuttner, a nonbinary astrophysicist from B.C., has been a vocal advocate of action to address flooding and climate change. Their mother was killed and their father severely injured in a mudslide in 2005 after their North Vancouver home was crushed.

Manly was backed by former leader Elizabeth May and former interim leader Jo-Ann Roberts, to take on the temporary role.

His withdrawal surprised senior Greens, prompting speculation that he may now run to take over from Annamie Paul and lead the Greens permanently.

The interim leader will be in the post for a maximum of six months, before a full-time leader can be elected to succeed Paul, who formally stepped down as Green leader earlier this month.

The party has been beset by infighting and saw its support plummet in the election, returning two MPs but losing a significant share of the popular vote.

Paul said leading the Greens was the worst period of her life and has handed in her party membership.

This report by The Canadian Press was first published Nov. 24, 2021.

Note to readers: This is a corrected story. An earlier version used incorrect pronouns for Amita Kuttner.