Passengers on planes, trains must be vaccinated as grace period ends 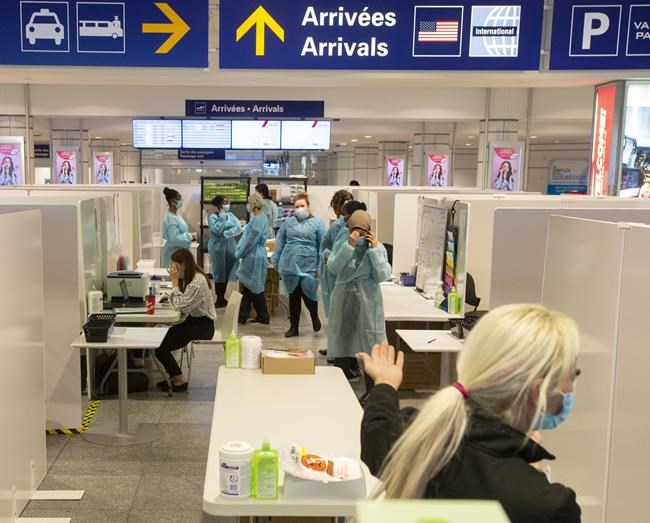 OTTAWA — Unvaccinated travellers over the age of 12 can no longer board a plane or passenger train in Canada, and a negative COVID-19 test won't serve as a substitute for most people.

The policy was rolled out Oct. 30, but the federal government allowed a short transition period for unvaccinated travellers who could board as long as they provided a negative molecular COVID-19 test taken within 72 hours of their trip.

The grace period ended Tuesday and the stringent requirement took full effect as Canada reacted to the emergence of the new, highly mutated Omicron variant of COVID-19.

The discovery of the new variant has prompted border closures and heavier screening in Canada and abroad over fears it could prove more transmissible.

The risk related to the Omicron variant is very high, according to the World Health Organization, but public health officials and scientists are still learning about its characteristics.

Visitors coming into Canada or anyone boarding a plane or train inside the country must be vaccinated. As of recently, Canadians and permanent residents who have transited through southern Africa face mandatory quarantine in Canada.

Such conditions might expand as more cases of the new variant crop up around the world.

"The variant of concern has certainly required us to consistently review those measures in real time," Public Safety Minister Marco Mendicino said Tuesday.

"As additional evidence becomes available to the government through our public health-care officials, we will continue to follow their advice very closely."

While many airlines have so far been doing random spot checks to ensure travellers are vaccinated, Air Canada and West Jet confirmed they would ask for proof from everyone boarding in Canada as of Tuesday.

Other measures, like masks and health screenings, will still be mandatory.

The vaccination rule does not apply to commuter trains.

The government has issued warnings on social media that even Canadians and permanent residents abroad will not be able to fly home beyond their point of entry without having received a full slate of approved vaccines.

There are some exceptions, including valid medical exemptions, travel to remote communities only accessible by plane, and those transiting through Canada en route to another destination.

Most people who qualify for an exemption will need a recent COVID-19 test.

"If you indicate to your airline or railway company that you're eligible to board, but fail to provide proof of vaccination or valid COVID-19 test result, you won’t be allowed to travel and could face penalties or fines," the government's website states.

The vaccine mandate was met with a positive reaction from Canada's airline industry when it was first announced in October, though some companies worried about making the necessary preparations in time.

Since then the federal government announced a standardized proof-of-vaccination document, which has been distributed by provinces and territories for domestic and international travel.

This report by The Canadian Press was first published Nov. 30, 2021.