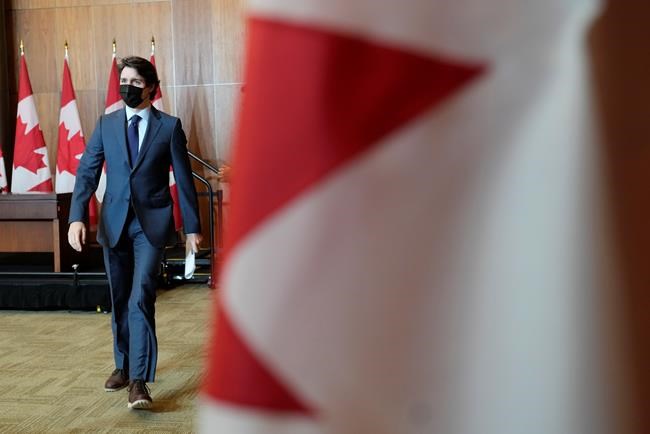 OTTAWA — A new poll suggests the Conservatives are back within striking distance of the Liberals after a slump in support late last year amid internal grumbling about the party's election loss.

The Leger poll, conducted Jan. 21-23, pegged Conservative support at 31 per cent, back to the same level of support the party enjoyed before last fall's federal election.

Liberal support stood at 34 per cent, down two percentage points from a December survey.

Leger executive vice-president Christian Bourque said this marks the second month in a row in which the Tories have seen small gains after dropping just below 30 per cent last November. It puts them back within "striking range of the Liberals," he said.

The online survey of 1,525 adult Canadians was conducted Jan. 21-13. It cannot be assigned a margin of error because internet-based polls are not considered random samples.

The poll suggests Canadians' voting intentions have changed little since the Sept. 20 federal election, when they handed Trudeau's Liberals their second consecutive minority mandate and returned all parties to Parliament with an almost unchanged number of seats.

Bourque attributed the slight decline in Liberal support over the past month to people feeling fatigued with the COVID-19 pandemic and fed up with living under public health restrictions.

"It's getting tougher for premiers and for the federal government, as well, to maintain the support of Canadians when it comes to the management of the current pandemic," he said.

When it came to who respondents felt would make the best prime minister, just 16 per cent chose O'Toole, placing him third behind Trudeau at 25 per cent and Singh at 19 per cent.

Bourque said Singh is the only leader whose personal appeal was higher than support for his party, albeit only slightly.

In Quebec, the Bloc Quebecois was virtually tied with the Liberals, with 30 per cent and 29 per cent support respectively.

Whereas more than 70 per cent of Liberal and NDP supporters chose their respective party leaders as their preferred choice for prime minister, just 58 per cent of Conservative supporters picked O'Toole.

Questions about O'Toole's fate as Conservative leader still remain as some in the party, including some of his own MPs, doubt he can lead the Tories to victory in the next race.

The Conservatives are holding a caucus retreat this week during which they'll be presented with the findings from a review into the party's failure to defeat the Liberals on Sept. 20.

The Liberal caucus is also meeting this week before MPs reconvene Monday for the winter sitting of Parliament, during which the Omicron-driven wave of the pandemic and rising inflation are expected to dominate the agenda.

This report by The Canadian Press was first published Jan. 25, 2022