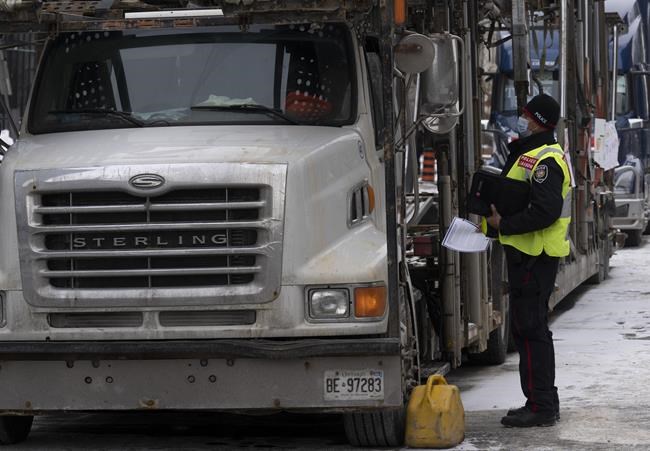 Ottawa's interim police chief says officers will clear the streets of people who oppose the government and COVID-19 restrictions in the next few days, warning they are ready to use methods people are not used to seeing in the capital.

Steve Bell made the promise to Ottawa city council at a virtual meeting yesterday after taking on the interim role following the abrupt resignation Tuesday of former chief Peter Sloly.

Police have handed out notices to protesters encamped outside Parliament Hill that warn the Emergencies Act gives them the power to seize vehicles that are part of the nearly three-week-long demonstration and ban people from travelling within a certain area.

Public Safety Minister Marco Mendicino tabled motions last evening in the House of Commons on the specific powers in the act, and the invoking of the act itself.

The motion is to be debated today, while the Senate must also pass separate motions on the specific powers in the act.

The Conservatives and Bloc Quebecois say they will not support the motion, but NDP Leader Jagmeet Singh signalled his party will hold up the minority Liberals, calling the situation a crisis.

The Liberal government has characterized the blockades at the borders and in Ottawa as being connected by a highly co-ordinated, targeted and partly foreign-funded criminal attack on Canadian interests.

This report by The Canadian Press was first published Feb. 17, 2022.