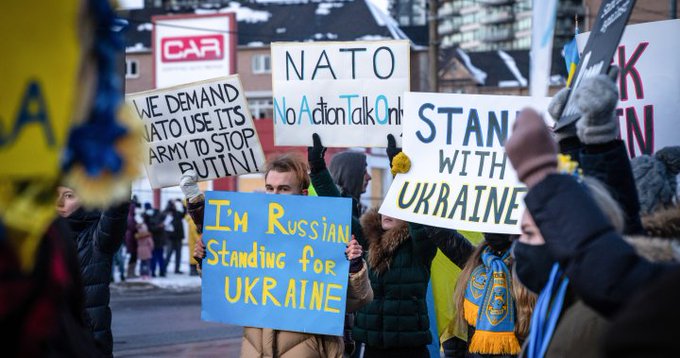 The United States, European Union, Canada and United Kingdom on Saturday agreed to block “selected’ Russian banks from the SWIFT global financial messaging system and to impose ”restrictive measures” on its central bank in retaliation for its invasion of Ukraine.

The measures were announced jointly as part of a new round of financial sanctions meant to “hold Russia to account and collectively ensure that this war is a strategic failure for (Russian President Vladimir) Putin.” The central bank sanctions restrictions target $600 billion in reserves that the Kremlin has at its disposal.