On this date in 1914 Ontario (and Canada) lost one of the most important figures in the early crafting of public education in Canada’s largest province.  I refer, of course, to Sir George William Ross, Ontario’s 5th Premier.

Ross first entered politics in 1872, elected as a Liberal MP.  He remained in Ottawa for 11 years before he answered Sir Oliver Mowat’s call and joined the Mowat cabinet as Minister of Education.  As Minister, he helped create 300 public libraries in Ontario, firmly cemented kindergarten in the school system and crafted a unified education system that took students from primary school right through to university.

When Mowat left Ontario’s Premiership to serve in the cabinet of Sir Wilfrid Laurier, Ross replaced him as Premier, serving until 1905 when he and his Liberal government were defeated by Sir James Whitney’s Conservatives.

Ross would later be summoned to the Senate on the advice of Laurier and he served there until his departure for the great Red Chamber in the sky in 1914.

You can read more about this fascinating figure from our early politics by visiting the Dictionary of Canadian Biography on-line. 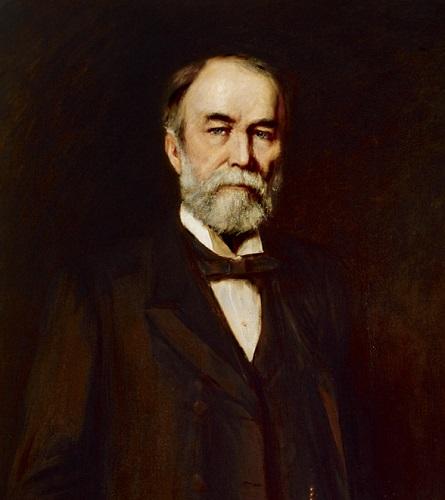