It is always a great pleasure to welcome guest columnists here at Art’s History.  Today, Canada’s Minister of Mental Health and Addictions and Associate Minister of Health, the Hon. Carolyn Bennett, is our special guest. First elected to the House of Commons in 1997, Minister Bennett has served in the cabinets of Prime Ministers Paul Martin and Justin Trudeau.  She is respected on all sides of the House and helps anchor the current Trudeau cabinet.  Today, Dr. Bennett joins us to pay tribute to her friend and former political colleague, Bill Graham, on the latter’s birthday.

To me, Bill Graham is one of the best examples of how democracy is strengthened and actually depends upon great people running for public office.  He was determined to represent the people of Toronto Centre and took his seat in 1993 after his 3rd election campaign as the Liberal candidate there.

From then until his retirement from the House of Commons in 2007, he was a brilliant and inspiring Parliamentarian. Bill was a great constituency MP, voted best Toronto MP by NOW magazine numerous times.  He felt as at home in St. James Town as he did in Rosedale.  In Ottawa, he was a gifted orator in both official languages, with a scholarly policy mind and an MP with great relationships across party lines.

Bill Graham was a strong believer that we needed to do better by focusing on fairness, transparency and taking people seriously.  Bill was part of a small group of MPs who used to have supper on Monday nights at Susan Delacourt’s.  We discussed democratic reform — parliamentary, party and electoral — with MPs Andy Scott, Reg Alcock, Shaughnessy Cohen, Roger Galloway, John Godfrey as well as Bill Young from the Library of Parliament.

In his final speech in the House of Commons, which serves as the epigraph of his memoir, Bill said “ I believe everyone in the House carries within him or her the desire to serve our country… Let us treat each other with the respect that thought brings. In what we bring to this place, let us respect one another and, in so doing, I believe our fellow countrymen will respect this institution and respect us for the work we do.”

Bill was born to privilege.  But he has spent his life making a difference for those not born to privilege and those who faced the barriers of discrimination.  His  advocacy for bilingualism, gay rights, and affordable housing was relentless and effective.

His understanding of the world is encyclopedic.  As Chair of the Foreign Affairs Committee of Parliament he brilliantly produced groundbreaking studies that were prescient and created new knowledge in international challenges that Canada would face –  Canada-U.S. relations, China, the Americas, the importance of international law and human rights around the world.

In 2000, I had the honour of joining Bill and his wife Cathy on a ten day trip to China – we visited Beijing, Toronto’s sister city, Chongqing, Xian, Guilin and Shanghai.  When we returned I felt had just had a graduate course in world affairs and liberal arts.  Bill is unbelievably humble but he actually knows almost everything about everything – law, art, music, history, geography and, of course, politics.

Bill was studying Spanish in Mexico when he got the call to become Minister of Foreign Affairs in Jean Chretien’s cabinet.  Many of us felt that there had never been a better prepared minister appointed to that role.  His political memoir ‘The Call of the World’ documents his impressive and comprehensive expertise and lived experience.

I fondly remember the compliment his son Patrick gave to his father on Bill’s appointment which I think sums it up for me and all his friends: ‘There is no one I would rather have dinner with.”

As Minister of Foreign Affairs and later at National Defence, he never suffered from ‘Ministeri-itis’. He cherished his friendships and every day demonstrated his respect for the important role that all MPs play.  The difficult decisions on ballistic missile defence, and on entering the war in Iraq, were taken with the full input of caucus.

After we lost government in 2006, Bill was the unanimous choice as Interim Leader of the Liberal Party.  His inclusive leadership style and quirky sense of humour were truly therapeutic.  His assessment of many things that didn’t make sense as ‘goofy’ – made us all laugh.  It seemed so funny coming from the brilliant law professor.  He has always been able to remain ‘town’ not ‘gown’.  As Interim leader, he was able to nurture a team spirit amongst the now disappointed opposition MPs and keep us working together in spite of the leadership race which had traditionally been a very divisive process.

Since leaving politics Bill has continued to serve. As Chancellor of Trinity College and at The Bill Graham Centre for Contemporary International History at the University of Toronto, he continues to ask the wicked questions and drive new understandings and knowledge.  He is a philanthropist who knows how to make a difference.

As we worry about Ukraine, we also worry about the lies and conspiracy theories that have revealed the fragility of democracies around the world, including here in Canada.  I am grateful that wise people like Bill Graham are still giving advice and helping us stay optimistic.

Happy Birthday Bill…   we love you ….

Fun fact: Bill Graham shares his birthday with St. Patrick’s Day celebrations, a fact which must have upset his mother who was always worried about a Catholic conspiracy and that the election of Pierre Trudeau was part of a papist takeover of Canada.  Today we will celebrate Bill’s birthday and Protestants and Catholics will celebrate St. Patricks Day together! 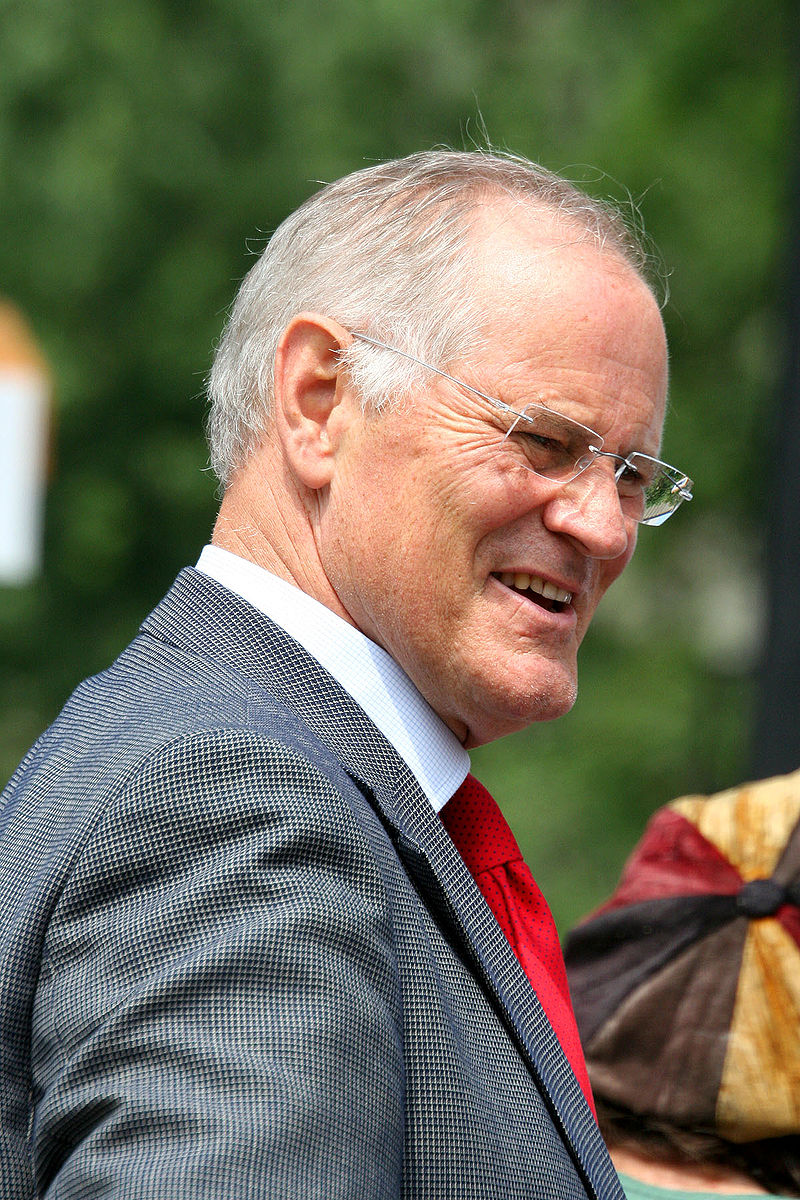