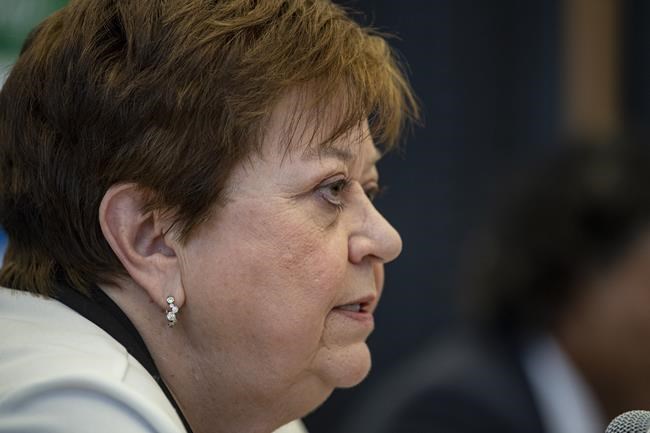 REGINA — Working out or going to a professional football game could cost more this fall with proposed new taxes outlined in Saskatchewan's budget.

Starting in October, the province plans to add the six per cent provincial sales tax to admissions fees and entertainment, including Saskatchewan Roughriders CFL games, other sporting events, concerts, museums, rodeos and gyms.

Smokers also face increasing taxes starting Thursday. There will be another two cents per smoke for a total increase of 40 cents for a 20-pack. Taxes on loose tobacco will rise by eight cents per gram.

Property taxes are also to go up slightly, with homeowners paying an average of $13 more a month.

These tax increases are expected to bring in more than $33 million annually to mainly address Saskatchewan's backlog of surgeries and bed capacity worsened by the COVID-19 pandemic.

Finance Minister Donna Harpauer's budget tabled Wednesday projects a $463-million deficit for the 2022-23 fiscal year — more than $2 billion less than what was expected in last fall's fiscal update to be a record shortfall.

"The surprise was how quickly our economy was recovering," said Harpauer.

"Revenues are strengthening that we didn't anticipate a year ago when we were in the heat of the pandemic and the economy had taken a huge dive."

Harpauer said the windfall in revenue is from the rising price of oil and potash due to tensions between Russia and Ukraine that have caused supply constraints and higher demand for those products.

The Saskatchewan Party government will continue to run deficits over the next three years with a goal to balance the budget in 2026-27.

Premier Scott Moe said the budget will put Saskatchewan back on track following two years of pandemic spending that focused on stimulus and relief.

"This allows us to continue to invest in government services, starting with health care, education and the protection of people," Moe said.

The health-care sector is to get the biggest boost in funding. The government plans to spend $6.8 billion — almost 40 per cent of its total expenditures. Some of that will be on additional surgeries and to increase intensive care capacity, which at times was overwhelmed by waves of the pandemic.

Health Minister Paul Merriman said the funding will take more than 9,000 people off the surgery waiting list this year, with 25 per cent of the procedures being provided by the private sector but publicly funded.

The province also plans to create an agency to recruit doctors, nurses and other health-care professionals while providing money to retain them.

The budget boosts funding to mental health and addictions by $8 million.

More than $47 million has been added to the education budget for a total of $3.8 billion to pay increases for teachers, additional learning supports for students and 200 new educational assistants. It is also to fund over 6,000 new child-care spaces.

However, the Saskatchewan Teachers' Federation and Saskatchewan School Boards Association said it only amounts to a one per cent increase and will likely result in schools making cuts to save money.

Seniors, people on social assistance or living in shelters are to see a monthly rise in benefits of up to $30.

Policing initiatives are to receive $91 million more, largely to consolidate the province's peace officers under one protective services branch.

The debt is projected to grow to $30 billion. Part of that includes the government borrowing money to help build schools and hospitals.

Saskatchewan's Opposition NDP said the budget deepens the affordability crisis for residents with the increase in taxes.

"It baffles me this government at a time when folks are facing such extraordinary costs, and at a time where they have endured so much during a pandemic," said finance critic Trent Wotherspoon.

"Now, instead of providing them some relief, we have a government that's sticking them with more costs ... and they shouldn't balance the books on the backs of hardworking people."

This report by The Canadian Press was first published March 23, 2022.