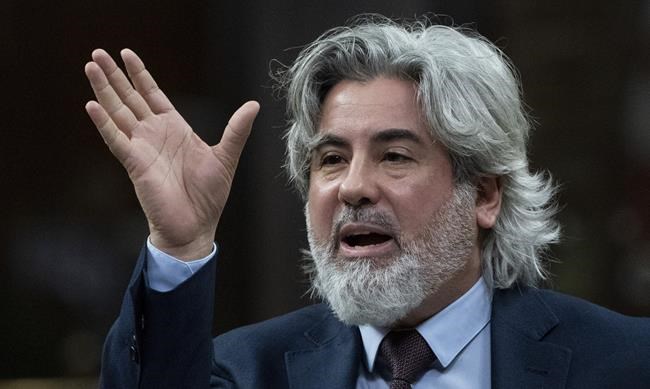 OTTAWA — YouTube has warned that Canadian digital creators, including influencers and streamers, could lose foreign revenue if the government forces digital platforms to promote Canadian content.

The proposed legislation that would force YouTube and other streaming platforms to actively promote Canadian content risks downgrading the popularity of that same content abroad, according to a briefing from the company provided on a not-for-attribution basis.

That would also mean cutting into the money that Canada's YouTubers earn.

YouTube fears the measures in the proposed Online Streaming Act, designed to promote Canadian content, could skew the algorithm they and other digital platforms use to match content with viewers’ personal preferences.

Prof. Michael Geist, the University of Ottawa's Canada Research Chair in internet and e-commerce law, agreed this could end up being a consequence of the proposals.

"Canada punches above its weight when it comes to the creation of this content, which is worth billions of revenue globally,” Geist said.

“We are talking about an enormous potential revenue loss for Canadian content producers.”

Geist says proposed law, known as Bill C-11, would make platforms including YouTube and TikTok "force-feed Canadian content" that people might not usually choose to watch, rather than curated content matched to their preferences.

If people don’t choose the Canadian content they are offered, it could suggest it is not popular, which could lead to it being promoted less heavily around the world.

YouTube’s algorithm, which applies across borders, detects whether a video has been watched, ignored or turned off part way through, as well as whether it gets a thumbs up or is disliked. This influences how the content is promoted not just in Canada but beyond its borders.

Videos few people watch tend to be harder to find.

If people do not select Canadian content they are offered, or if they indicate they don’t like it or choose another video instead, it could lead to content that wasn’t chosen, disliked or not watched to the end automatically being downgraded around the world.

The Online Streaming Act, currently at second reading in the House of Commons, subjects streaming companies, such as Netflix, to the same rules as traditional Canadian broadcasters.

It would force web firms to offer a set amount of Canadian content and invest heavily in Canada’s cultural industries, including film, television and music.

It would update the 1991 Broadcasting Act, which predates the internet revolution that changed the way people watch film and video content and listen to music.

The bill also covers platforms such as YouTube and TikTok which promote digital-first creators including influencers, streamers, and people who post DIY videos and live commentary on video games.

The government says the bill would not regulate user-generated material and would give platforms room to decide how they promote Canadian content.

Laura Scaffidi, a spokeswoman for Heritage Minister Pablo Rodriguez, said the act would give online streaming platforms the flexibility to “choose how they contribute and how they make Canadian commercial content easier to find.”

YouTube says that over 90 per cent of watch time for content produced by Canadian YouTube channels came from outside the country in 2020. The number of Canadian creators making $100,000 on the platform is rapidly increasing every year.

In 2020, Oxford Economics calculated that YouTube contributed $923 million to Canada’s gross domestic product, including from payments from ads alongside YouTube videos and royalty payments to music labels.

Popular videos tend to get greater amounts of advertising, and advertiser tends to pay more too.

Bill C-11 updates sections of a previous bill after critics warned it could lead to the regulation of people posting videos on YouTube.

The updated legislation, Rodriguez said, would only cover commercial social media content, such as professional music videos, and would not include popular home videos posted on YouTube, such as cat videos.

Rodriguez added a line in the new bill exempting such content.

But according to YouTube, a legal assessment of the current text of the bill would still give authority to the Canadian Radio-television and Telecommunications Commission (CRTC) to regulate user-generated material.

"Clearer definitions and more precise language are needed to ensure the bill doesn't unintentionally scope in digital creators and negatively impact the thousands of Canadian creators on YouTube and the millions of Canadians who use YouTube every day,” saidJeanette Patell, head of government affairs and public policy at YouTube Canada.

“Minister Rodriguez has been clear that Bill C-11 is not intended to impact digital creators. We're focused on working with officials to make sure that this intention is accurately reflected in this extremely complex legislation.”

This report by The Canadian Press was first published March, 25, 2022.