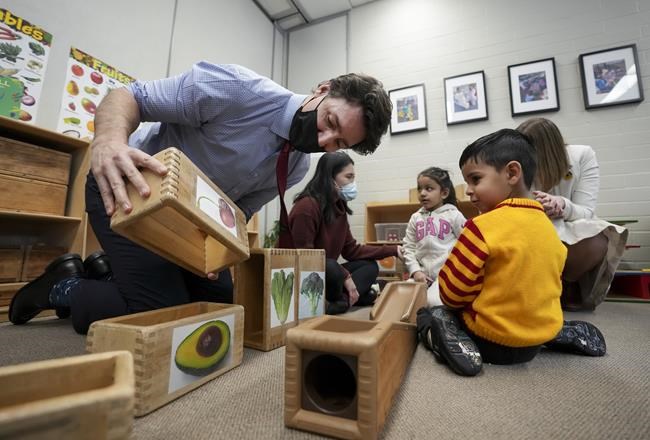 OTTAWA — It's one of those promises that doesn't cost the government too much, but never seems to materialize on budget day.

Children and youth advocates are hoping that changes this week and the Liberals make good on a 2015 campaign pledge to create a children's commissioner.

Groups including Children First Canada and UNICEF have asked for $8 million in annual funding for the watchdog that would monitor and report on how well the federal government is meeting its obligations to children under international law and domestic promises.

A federal ombudsperson would also monitor issues beyond the reach of provincial commissioners, such as the impact from marriage, divorce and criminal laws, as well as federal obligations to Indigenous children.

Sara Austin, founder and CEO of Children First Canada, said there has been support from parties, including the current government.

She said the pandemic and its impact on children in the short- and long-term makes a strong case for why the Liberals should finally follow through on the almost seven-year-old spending pledge.

"There is support at the highest levels of our current government for it, but I guess the question is, is this the government's priority right now?" Austin said.

"There are many competing priorities right now, as we all know, with the ongoing COVID recovery plan, the war in Ukraine, the new commitments around dental care and pharmacare. I don't know where this will sit in the grand scheme of things."

The push to create a commissioner started before the current government's term, and has continued since the Liberals took office, including from senators and opposition MPs whose parliamentary efforts never cross the legislative finish line.

Liberal MP Marc Garneau, who proposed creating a commissioner while in opposition, said children still need their own federal advocate despite measurable improvements over recent years, such as declining poverty rates.

"Although things have improved with respect to poverty and guaranteed child benefits and child-care programs, children are still largely invisible because they have no voice," said Garneau, who spent almost six years in Prime Minister Justin Trudeau's cabinet.

Despite privately advocating for a children's watchdog since 2015, Garneau said the government must make decisions about how to spend finite resources. Issues higher on the priority list often make the cut for the budget.

"It's quite possible that it just won't make it into the high level of priority despite the fact that it involves very, very modest costs," Garneau said about his hopes for Thursday's budget.

This report by The Canadian Press was first published April 6, 2022.