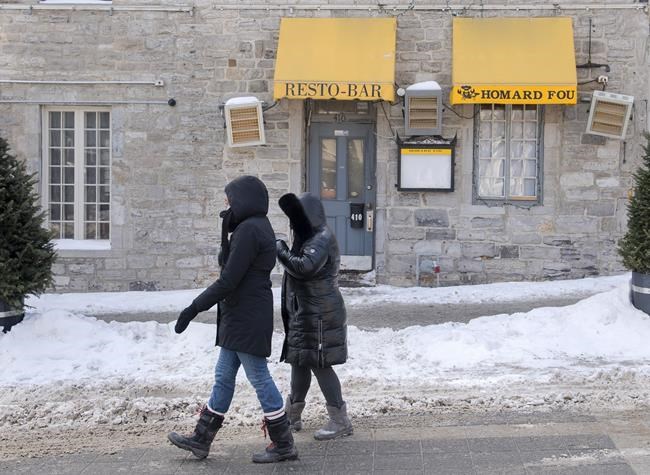 After two years of on-and-off lockdowns, Rachel Reinders felt a renewed sense of hope last month as pandemic restrictions eased and spring dawned on the cusp of a new patio season.

But soon Reinders, who heads administration at the Lieutenant's Pump pub in Ottawa, had to scale back operations yet again, shutting down its lunchtime kitchen for a week in March because four cooks were on sick leave simultaneously.

"We're not fully staffed in the kitchen as it is, so we couldn't even really lose one. And we lost four," she said. "Those who were left behind worked double-time to pick up the slack."

Businesses across Canada are struggling to cope with an apparent sixth wave of COVID-19, as staffing shortages hamper sectors from health care to hospitality and retail⁠ — though the interruption remains more manageable than last winter's Omicron variant surge.

Dr. Kevin Smith, chief executive at the University Health Network in Toronto, said Wednesday that cases have shot up in the past few days, "so much so that staffing is challenging once again."

In Montreal, parka maker Quartz Co. saw about 10 of its roughly 100 employees stay home with COVID-19 symptoms recently, though co-founder François-Xavier Robert says the absences were shorter than those in January.

"It's just as many as we had in December," when the company shut down its flagship store in Montreal and two pop-up storefronts there and in Toronto. "Pretty much everyone that didn’t have it over the winter had it in the last two weeks."

"Nobody got really sick. People were stopping for one or two days and then back to working," he added. "This time it’s more easygoing."

Nonetheless, retailers, gyms and event spaces are taking yet another hit as workers fall ill or steer clear of those sectors altogether, fearing further lockdowns, said Ryan Mallough, a senior director with the Canadian Federation of Independent Business.

"The impact is being felt across the board, in terms of absences," he said. "Some of that nervousness is starting to creep back into the mindset a little bit."

Several Canadian provinces are bolstering their defences against the virus amid signs of a sixth wave, with Quebec and Prince Edward Island extending their provincial mask mandates until later this month and Ontario, Quebec and British Columbia planning to expand access to fourth doses of the vaccine.