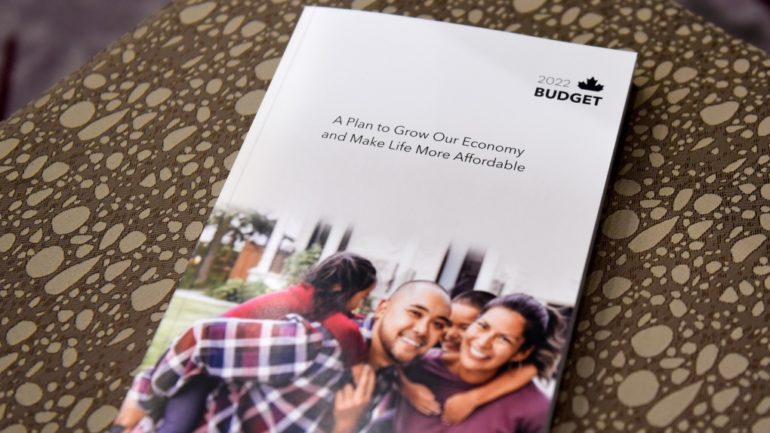 OTTAWA — One of the country's largest unions says a small change promised in the federal budget could leave a large impact on efforts to prevent Canada from being flooded with cheap goods that threaten domestic industries.

Once the legislative changes are made, labour groups like the United Steelworkers union can launch trade challenges without the need to have an employer join the cause.

The change is something the Steelworkers union has pushed with public servants for five years to fall in line with other nations including the United States.

Since 2017, workers have been able to appear before tribunals hearing allegations about the dumping of goods, as it's known in trade talk, but decisions were largely based on the industry impact.

Meg Gingrich, assistant to the Steelworkers' national director, said the change will also mean that dispute panels will look at the impact on workers when adjudicating any dispute, beyond whether there are layoffs.

She said the impacts could include companies not keeping up with pension payments or pushing for bargaining concessions because cheap goods are eating into revenues — "whatever it may be that's injuring workers."

"We didn't have that before. We'll have to see what the details actually are, but it's looking promising in terms of what we'll be able to see with these reforms," said Gingrich, whose union represents some 225,000 workers in Canada.

Last year, the government began looking at updating trade dispute rules to give workers greater participation in the process.

An analysis at the time for business law firm McMillan LLP suggested that adopting the changes could not only help bring the view of workers into dispute hearings, but also help businesses as well by bolstering industry arguments.

The Steelworkers have only been involved in one case under the existing rules. The CBSA earlier this year launched an investigation after the union and Restwell Mattress Co. Ltd. filed a complaint about subsidized Chinese-produced mattresses entering Canada over the last three years.

The budget released earlier this month promised legislative changes that, once passed, would allow workers to file trade complaints if a country was unfairly dumping underpriced goods, or those that circumvent import duties, into the Canadian market.

It was part of a package of promises to revamp parts of Canada's trade remedy system that included $4.7 million over five years starting this fiscal year to the Canada Border Services Agency to help small and medium-sized businesses navigate the dispute system.

"This is years of work paying off and years of our members going and testifying in these tribunals, and talking about the impact of unfair trade on their livelihoods," Gingrich said.

"It's to the point where Canada will have some of the most progressive trade laws in the world."

This report by The Canadian Press was first published April 16, 2022.