Documents detail push, and pushback, on Liberal promise to block unvaccinated from EI 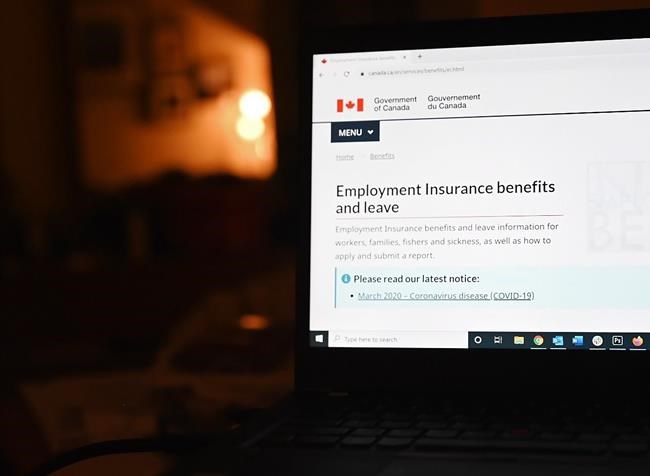 OTTAWA — Internal government documents show that the Liberals' pledge to prevent unvaccinated people from accessing jobless benefits didn't eliminate all avenues for them to enter the employment insurance system.

The briefing notes prepared for Employment Minister Carla Qualtrough say that unvaccinated workers could qualify for EI sickness benefits, even if they are sick with COVID-19.

The laws guiding the social safety net program don't have any explicit rules around eligibility for EI for anyone who refused to get vaccinated.

While Qualtrough was told the government could put rules around regular jobless benefits, officials suggested the same couldn't be said of sickness benefits.

The documents show that officials argued against blocking access to the sickness benefit, saying it was "arguably even more" important for the unvaccinated to receive the support so they could isolate after a positive test and not have an incentive to go into work.

The details are contained in documents obtained by The Canadian Press under the Access to Information Act that outline some of the moves inside government as officials readied for a wave of layoffs for workers who refused to get vaccinated.

One document developed by Employment and Social Development Canada in the fall noted that workers quitting, being fired or suspended without pay if they opted against getting vaccinated could "bring into question eligibility for income supports" like EI and a suite of recovery benefits.

The government ultimately decided to prevent workers who weren't vaccinated from receiving EI, though it set some parameters for employers to follow, including having a clear vaccination policy and steps to take prior to termination.

Officials blacked out large portions of the documents because they contain policy and legal advice.

As the records note repeatedly, Service Canada has ultimately been reliant on employers accurately filling out forms to determine whether someone may have an avenue to regular EI benefits.

Qualtrough's department has yet to respond to questions posed to it earlier this week about the policy, including how many workers have been blocked from accessing EI regular benefits.

The law guiding the EI system does say that a worker can receive benefits if they lose a job through no fault of their own, but not if they decided to quit or were turfed because of misconduct.

Even in cases of misconduct, the EI law specifically says that a worker would still be entitled to the system's so-called special benefits including sickness, maternity and parental leave.

Officials noted that failure to comply with an employer's vaccination policy — and the documents suggest this would be the case for federal workers subject the government's mandate — wouldn't disentitle someone from sickness benefits.

The briefing note went on to say that the same concept applied to the soon-to-be-defunct Canada Recovery Sickness Benefit that pays out $450 after tax to anyone who has to isolate. That benefit is set to expire on May 7.

This report by The Canadian Press was first published April 21, 2022.