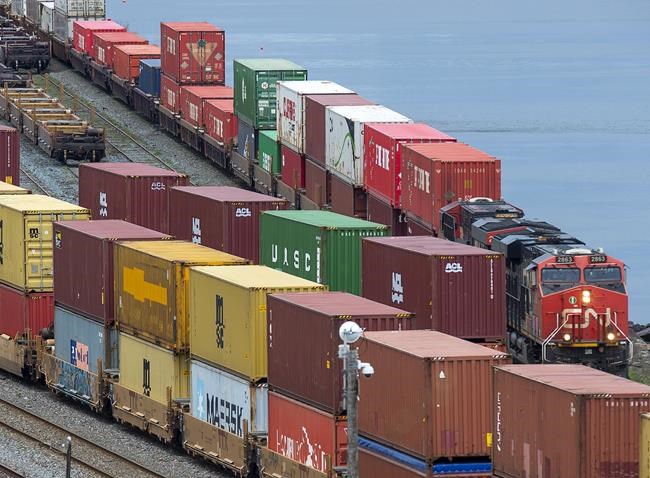 Ottawa—The Grain Transportation Monitor has added his voice to calls for tackling the shortage of shipping containers, which is harming agrifood and other exports.

Mark Hemmes, President of Edmonton-based Quorum Corp., also told the Commons agriculture committee that the railways need to be held to a greater level of accountability for their performance, “which really is somewhat lacking.”

There needs to be a combination of policy and commercial types of penalties and incentives to make sure the railways have adequate resources and assets to offer the level of service grain and other shippers require “that really isn’t there today,” he said.

The shortfall in shipping container availability is jeopardizing Canadian specialty grain markets developed during the last 15 years. A key part of the problem is the extreme lack of detailed short-term data on container movement and performance, Hemmes said.

What data is available is six months old when released “and describes only the traffic moving from port position, without any information on where the traffic originated. Therefore, the inability to determine the impact of the shortfalls or disruptions in the supply chain cannot be examined in detail until as long as six months after the fact. In contrast, we have extraordinary detail on the movements and effectiveness of bulk movement and export movements.

“The lack of data and information on container movements is a critical issue for Canada’s container exporting sector, in particular in times such as we’re experiencing right now, with shortfalls in available empty capacity and extended service delivery times,” he said.

Up-to-date data would tell the industry where the problems are occurring and it would be in a better position to analyze the situation and identify problems as it can do with bulk movements.

Another challenge is how slow a railway recovers from service outages, such as the recovery from last year’s floods in BC, he said. This is another critical factor “that impacts Canada’s reputation as a reliable and consistent supplier of products into the global markets. At issue, and what draws the consternation of the rail shippers, is the length of time it takes to recover from outages, which can often extend to months, as in the case of the present post-B.C. flood period.”

Grain production on the Prairies dropped by 40 per cent last year because of the drought and still the railways could not deliver grain to the Port of Vancouver fast enough to avoid having ships waiting for a full load.

Had there been a normal-sized crop in 2021, the situation would have been very much worse.

Hemmes also called for a continued focus on infrastructure improvement throughout Canada’s transportation network to ensure the country can maintain its place in the global agricultural marketplace. “The grain industry has enjoyed an annual volume increase of 3 per cent a year over the last eight to 10 years, and the grain companies have invested well over $4 billion during that time, adding to and expanding the capacity of their portion of the supply chain. In order to remain competitive, the balance of the supply chain partners must continue to invest in their infrastructure to match that rate of growth.