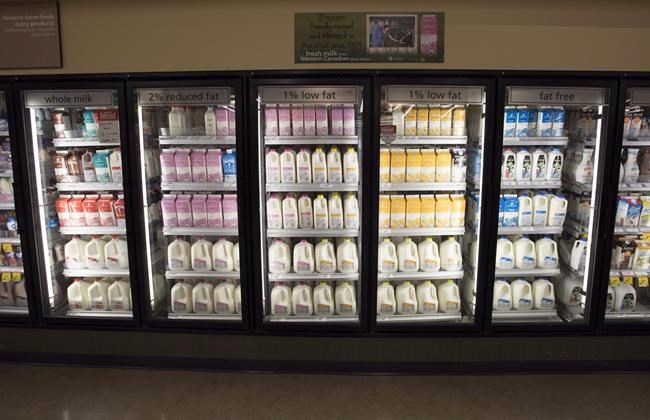 Ottawa—Consumer demand for dairy products has remained strong despite the price increases triggered by the higher payments for producers announced earlier this year by the Canadian Dairy Commission, says a forecast issued by Farm Credit Canada.

The jump in the farm gate price led to higher retail prices but consumption has remained strong, FCC said. Most of the price increases happened in February and March. The largest was for butter, which recorded an increase of 12 per cent in the first three months of the year.

Ontario and the other eastern provinces except Newfoundland have seen enough demand increase to warrant a 2 per cent quota increase and a few incentive days for the rest of the year.

FCC forecasts P5 producers will see revenue of $89.70 per hectolitre, feed costs of $36.47 a HL and other costs of $47.06 per HL. Dairy farmers in Western Canada are still struggling with the aftermath of flooding and heavy snow in British Columbia and drought conditions on the Prairies last year.

The disruption in fertilizer and energy markets caused by the Ukraine war will affect dairy farmers’ production of feed for their cattle, FCC said.

Farms relying on purchased feeds will see higher costs although conditions in eastern Canada are generally positive for another good hay harvest.

As of early May, the price of gasoline had increased by about 34 per cent and diesel by 66 per cent. Energy costs represent about 4 per cent of dairy farms direct cash costs. As it also indirectly impacts the cost of other inputs, the impact of higher fuel prices on profitability should not be understated.

FCC did not factor in promised European and Pacific trade deal compensation from the federal government along with whatever compensation may be due from the CUSMA trade deal. That information will likely be in this fall’s economic and fiscal update.

Nielsen data for retail sales show that dairy consumption volumes declined 5.4 per cent in March 2022 compared to March 2021, with a 6.2 per cent inflation rate. However, this ignores the impact of consumption shifting to food services with the removal of sanitary measures. For that reason, comparisons to other products are more telling of the strength of the demand for dairy products. For the same period, retail food sales declined 3.1 per cent while meat consumption declined 8.9 per cent. “Overall, this suggests that dairy products have had a similar importance in the customer’s baskets over the last year, even with prices jumping.”

The federal government of Canada revised the allocation of licenses for importing dairy products in response to the findings of a CUSMA dispute settlement panel. However, the U.S. government is not satisfied with the revisions. The Canadian government recently closed consultations about how to implement the panel’s recommendation, and the dispute remains unresolved, FCC said.

Canadian imports of dairy products have continued to grow with the main source of growth has been butter imports due to low stocks and a higher support price.

Inflation continues to be the top macroeconomic topic. The March inflation rate was 6.7 per cent, the highest level since 1991. The Bank of Canada raised its policy rate by 0.75 per cent this year, and other significant increases are a strong possibility