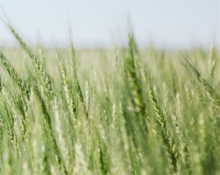 Government needs to better understand what farmers have done.

Ottawa—Grain farmers want to be seen as heroes rather than villains when it comes to protecting the environment through their efforts to reduce emissions and increase carbon sequestration, says Susie Miller, Executive Director of the Canadian Roundtable for Sustainable Crops (CRSC).

In conversations with more than 600 producers during the last two winters, the CRSC found grain farmers regard themselves “as professionals who have the expertise to undertake the right decisions,” she told the Commons agriculture committee.

“It’s important for them, for government and also for their customers not to arbitrarily dismiss certain practices as inadequate, to favour one practice over the other or to select a specific practice as the solution.”

That means research is needed “to identify not only best practices but also how to limit the risks of implementing new practices. They expressed that new and improved technology can help them in where they want to go.”

Erin Gowriluk, Executive Director of the Grain Growers of Canada (GGC), said, “Leaving a healthy and sustainable environment for future generations is what farming is all about.” Long before governments paid attention to the issue, “farmers invested in sound science aimed at reducing emissions as well as their carbon footprint.”

They took those actions because “It just makes sense,” she said. GGC member organizations “have invested millions into establishing best practices in fertilizer management so that the best possible crop yields can be achieved while minimizing the crucial inputs needed to grow them. Investments in research like this make business sense just as much as they help the environment. When expensive nitrogen, for example, is lost to the atmosphere or misapplied, it also impacts farmers’ already razor-thin margins.

“Canada’s grain farmers are consistently looking for the most efficient way forward,” Gowriluk said. “While many of these practices have come at a cost to producers, they were adopted voluntarily in the absence of any regulatory requirement to do so. That is why it is so important that we do not lose sight of the economic viability of Canadian farms. No matter where you farm in this country, you are operating on increasingly narrower margins.”

Miller said the differences in agriculture between regions and farms “must be recognized. One size does not fit all is something that we heard quite frequently.”

While no till cropping is a beneficial practice in Western Canada, it could be more challenging in Eastern Canada with its wetter climates. Cover crops, for example, are challenging when the ground is frozen by the time you harvest.

Modern farming practices and wildlife can and do coexist. “When it comes to nature-based solutions, they see some significant cost or lost revenue that can conflict with their risk management and viability goals. They would like to see these costs quantified and considered when supporting nature-based solutions.”

Farmers worry about potential conflicts between various government priorities when it comes to reducing greenhouse gas emissions from farms, increasing the feedstock for renewable fuels, contributing to world food security and national economic growth. “They’re not certain how they can help meet all of those at the same time.

“They worry about the loss of their ability to use modern farming practices that help them improve soil health and sequester carbon. They fear additional regulations or targets that are arbitrarily imposed, from their perspective, without due consideration of their ability to meet them.

“Most of all, they want to be an active partner with governments and customers in determining the best way to make their contribution to climate change mitigation.”