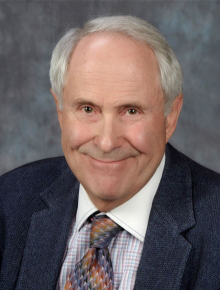 Everybody loves to hate the Indian Act. In 2010, Sean Atleo, then-National Chief of the Assembly of First Nations, called upon the federal government to repeal the Act within five years. In 2012, Stephen Harper’s Conservative government endorsed a private member’s bill to repeal certain sections of the Act, saying this was the first step along the path of repealing it altogether.

After coming to power, Justin Trudeau’s Liberal government announced its intention to repeal the Act through discussions with the Assembly of First Nations. The Green Party and the People’s Party have also joined the chorus calling for repeal.

But repeal never happens, because there’s no general agreement on what should replace it, and First Nations are deeply attached to some of the special protections it affords including immunity from taxation on reserve. Because repeal is politically impossible, the wiser course is to focus on gradual improvement through amendments to the Act and passage of supplementary legislation.

The original purpose of the Indian Act (1876) was to create temporary protected spaces where Indians could live while they assimilated into the Canadian community. Accordingly, Indian reserves were owned by the Crown and government officials had to approve all economic transactions involving reserve land and its produce. But by the middle of the 20th century it was becoming clear that Indians did not want assimilation and that lands set aside by the Indian Act had become de facto permanent homelands. Thus arose a new challenge—how to make reserve communities functional in Canada’s market economy, which depends on entrepreneurship and voluntary transactions, not top-down government decisions.

Canadian policymakers have been grappling with this challenge since the Indian Act revisions of 1951, which introduced certificates of possession (CPs), a new form of quasi-private property for reserve lands. CPs have allowed reserve residents to own their own homes, but their utility in the larger marketplace is limited because they can be sold only to members of the same band.

These achievements are the result not of repealing the Indian Act but of incremental amendments to the Act and of supplementary legislation to create new opportunities. Much has been accomplished but much remains to be done to facilitate Indigenous entrepreneurship and participation in Canada’s market economy. Here are three examples.

The collective institutions Canada has created to foster Indigenous entrepreneurship are helpful mainly to First Nations whose reserve land is valuable because of location near a city or town or near valuable natural resources. On the urban side, Canada should continue to support the creation of urban reserves, which can be important foci of business activity for First Nations. With respect to natural resources, Canada’s federal government should stop blocking pipeline construction and other resource development. The exploitation of natural resources is by far the best opportunity for remote First Nations to improve living standards.

On-reserve property rights remain limited by the Indian Act, but experimentation is taking place. Several First Nations now have “fee-simple” ownership as a result of modern land-claims agreement, while the Westbank First Nation in British Columbia has introduced the “A to A lease” to make certificates of possession freely tradable in the market. Such experiments should be studied and made better known.

Of course, First Nations have entered the gaming industry to the extent allowed by the provinces, whose gaming cartels generally keep First Nations out of profitable metropolitan markets. Amendments to the Criminal Code, passed in 1985 without consulting First Nations, gave the provinces control over gaming. Ottawa could pass further amendments to create greater opportunities for Indigenous entrepreneurship in gaming.

Through these and other legal innovations, Canada’s First Nations can transcend the limitations of the Indian Act and profit from the same opportunities for entrepreneurship as other Canadians. This, not redistribution through government programs, is the true path toward prosperity and economic self-determination.

Tom Flanagan is a professor emeritus of political science at the University of Calgary and senior fellow at the Fraser Institute.