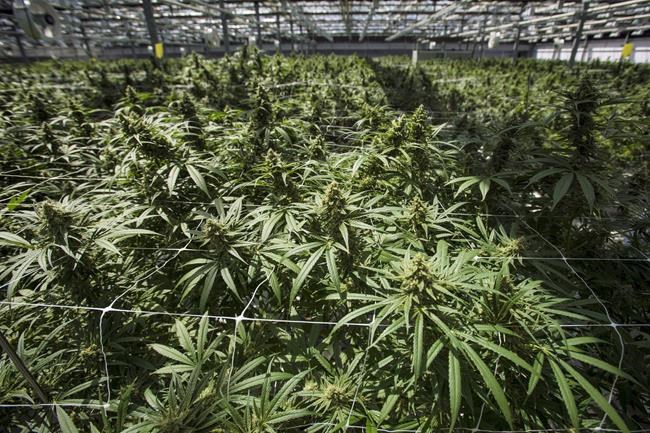 The withdrawn charges against Peter Aceto, Mark Litwin and Eric Paul were linked to making false or misleading statements to the Ontario Securities Commission through CannTrust press releases, OSC spokesperson JP Vecsi said in an email.

The charges were withdrawn to reduce the length of the upcoming trial and help "focus the issues" because of what's expected to be a "complex" prosecution, said Ontario Securities Commission lawyer Dihim Emami, in a virtual pretrial hearing held Tuesday.

"By doing so, we will save trial time and distraction that would be required to argue the securities law issue related to those counts," Emami told judge Tim Lipson over a Zoom video conference.

Aceto, Paul and Litwin still face charges of fraud and ofauthorizing, permitting or acquiescing in the commission of an offence.

Litwin and Paul are also facing insider trading charges and Litwin and Aceto are charged with making a false prospectus and false preliminary prospectus.

The charges were first laid by the OSC in June 2021, roughly three years after CannTrust was found to be growing thousands of kilograms of cannabis in unlicensed rooms.

The OSC and Royal Canadian Mounted Police allege Litwin, Aceto and Paul did not disclose to investors that about 50 per cent of the growing space at CannTrust’s Pelham, Ont. facility was not licensed by Health Canada. They say the men used corporate disclosures to assert that they were compliant with regulatory approvals.

They also allege that Litwin and Aceto signed off on prospectuses used to raise money in the U.S., which stated that CannTrust was fully licensed and compliant with regulatory requirements, and that Litwin and Paul traded shares of CannTrust while in possession of material, undisclosed information regarding the unlicensed growing.

Aceto, who served as chief executive, was terminated for cause by CannTrust’s board in July 2019. Former chairman Paul resigned in response to a demand from the company’s board at the same time and former vice-chairman Litwin resigned in March 2021.

Scott Fenton, Litwin's lawyer, said in an email to The Canadian Press that he and his client are "pleased" with the withdrawal of some charges and expect those remaining to be "vigorously contested at trial."

Paul's lawyer, Gerald Chan, said in an email that they are also "happy" some of the charges will not be prosecuted and look forward to answering to the remaining ones at trial.

Aceto's lawyer did not immediately respond to a request for comment, but previously said, "the evidence will show that he acted with integrity at all times.“

Their trial is set to begin in October and is expected to last until mid-December.

In the wake of the allegations, CannTrust was delisted from the Toronto Stock Exchange and filed for creditor protection.

It has since been trying to stage a comeback and exited creditor protection in March, after receiving $17 million in financing from a subsidiary of Kenzoll B.V., a Netherlands -based private equity investment company.

In May, it renamed itself Phoena Holdings Inc. and said it will continue to review alternatives to obtaining a stock exchange listing for its common shares.

This report by The Canadian Press was first published May 25, 2022.