Round 2 in the Canada-U.S. dairy dispute coming up 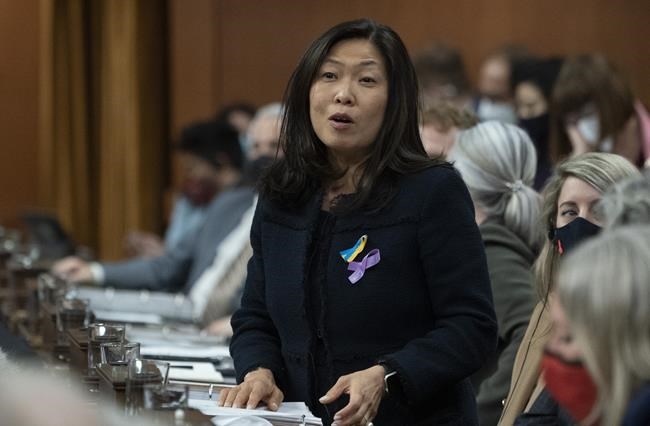 Ottawa—Canada and the U.S. will try to iron out their differences on how the federal government’s tariff rate quota (TRQ) system is supposed to work through further consultations under CUSMA, says Trade Minister Mary Ng.

Canada made some changes after a CUSMA dispute panel released in early January criticized the allocation of the TRQs established under the trade deal to processors, Ng said. Canadian and American officials held a series of consultations to try to settle the dispute.

However Katherine Tai, the U.S. Trade Representative was not satisfied with changes implemented by Canada to meet the dispute panel’s findings. She called for another round of dispute settlement consultations with Canada under CUSMA to address the latest Canadian TRQ proposals because they are contrary to the trade deal’s commitments.

Ng insisted Canada has met its obligations to ensure its TRQ system meets CUSMA’s standards. “We respect the right of the U.S. to initiate the dispute resolution mechanism as part of the agreement. Canada will actively participate in CUSMA’s consultation process and stand by our position to administer our TRQs in a manner that supports our dairy supply management system.”

The Dairy Processors Association of Canada (DPAC) said it shares the government’s view that Canada has met its obligations under CUSMA and that its dairy TRQ allocations are compliant with the agreement. “In our view, a key outcome of the last panel decision was the acknowledgement that Canada has significant discretion in designing and implementing its allocation mechanisms.

“As was the case with the USTR’s first CUSMA challenge, DPAC will continue to work collaboratively with the government as it defends its ability to implement a TRQ allocation mechanism that balances trade commitments and the stability of its domestic dairy supply management system.”

Dairy Farmers of Canada said the new Canadian allocation system for U.S. dairy imports “is based on market share, does not reserve any portion of the CUSMA TRQs specifically to Canadian dairy processors, and is therefore fully compliant with the CUSMA dispute settlement panel decision earlier this year, which required Canada to revisit its model that had pools dedicated to processors.

“By allocating CUSMA TRQs to processors and distributors, Canada is meeting its trade obligations while ensuring a measure of predictability in dairy imports in a manner that supports supply management, a system based primarily on supplying the needs of Canadian consumers.”

Ng said the first CUMSA dispute settlement panel’s report ruled in favour of Canada in a majority of the U.S. claims against its dairy policy. Canada has ended the use of processor-specific TRQ pools.

“We are confident that the new policies fully comply with the panel’s findings and its recognition that Canada has the full discretion to administer its TRQs under CUSMA in a manner that supports Canada’s supply management system for dairy.”

Global Affairs Canada has opened the application period for the 2022-2023 dairy year TRQs and the previously unallocated quota under the 2022 CUSMA calendar year dairy TRQs and with a deadline of June 15.

Under the new CUSMA dairy TRQs policies, Canada has removed all allocation holder pools and included distributors as eligible under the CUSMA Industrial Cheeses TRQ.

However Tai says the U.S. is challenging Canada’s TRQ allocations because they deny allocation access to eligible applicants, including retailers, food service operators and other types of importers, and impose new conditions on the allocation and use of the TRQs. “The United States is also challenging Canada’s failure to fully allocate its annual dairy TRQs; Canada is instead parceling out a few months’ quota at a time.”