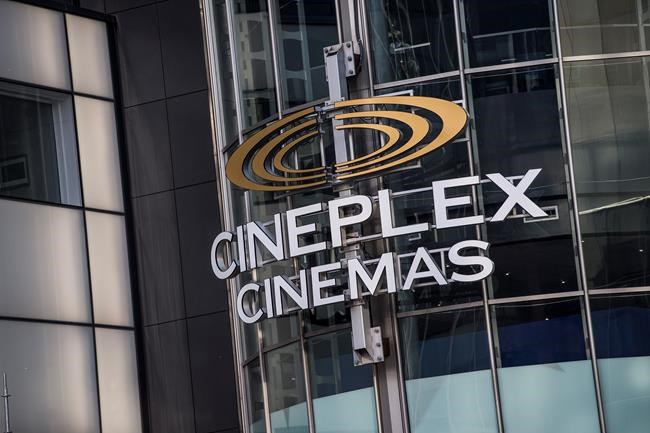 TORONTO — Grocery giant Empire Company Ltd. is moving forward with a new loyalty program after becoming a co-owner of the Scene+ program operated by Cineplex Inc. and Scotiabank.

The three parties announced the new partnership on Tuesday. The theatre operator and bank said the addition will allow Scene+ members to earn and redeem points at the majority of the grocer's supermarkets, including Sobeys, Safeway, Foodland, IGA, FreshCo, Needs, Thrifty Foods, Les Marchés Tradition, Rachelle Bery and Lawtons Drugs

Scene+ allows cardholders to rack up points when purchasing movie tickets from Cineplex, meals from Recipe Unlimited Corp. restaurants including Swiss Chalet and Harvey's and when banking with Scotiabank. The points can be redeemed for purchases made with these businesses and others.

The deal could make the program more lucrative because it broadens the roster of retailers Scene+ can be used at and exposes all of the owners to Empire's customers, a consumer base that makes frequent shopping trips.

"We have three great Canadian brands, and we feel with the Scene+ loyalty program, we will basically improve the reach of all of our members, with the addition of groceries and all of the other things we have," said Ellis Jacob, Cineplex's chief executive.

Jacquelin Weatherbee, Empire's vice-president of communications and corporate affairs,said the grocery chain did not have to pay for its co-owner status because of "the opportunity" it brought to all of the partners.

Asked whether ownership was structured at 33.33 per cent each, Dan Rees, Scotiabank's group head of Canadian banking said "we are all equal partners."

He added that millions of Canadians enjoy Cineplex's entertainment every year. Scotiabank and its Tangerine brand have 10 million customers, Empire has roughly 10 million and Scene+ has about 11 million members.

The Scene+ rollout at Empire's chains and through its Voila delivery service will start in Atlantic Canada in 2022, and by early 2023 will be launched in supermarkets across the country.

However, the program will not be available at its Farm Boy or Longo's stores.

"We're always looking at new opportunities to help evolve and expand (the) offering, so they aren't a part of the current rollout plan, but we'll make some considerations for the future," said Weatherbee.

At a later undisclosed date, Scene+ will be accepted at Empire's network of liquor stores in Western Canada.

Competitor Loblaw Companies Ltd. has long operated its own loyalty program that can be used at its grocery stores and pharmacies, while Metro Inc. has its own program in Quebec, uses Air Miles in Ontario and Thunder Bucks in Thunder Bay.

Empire has long relied on Air Miles, which it will now phase out.

Shoppers will be able to earn Air Miles until the Scene+ program is launched in their region.

Empire had "a lot of suitors," when it started exploring a loyalty program, but Weatherbee said it opted for Scene+ because it was a program customers were "overwhelmingly" interested in.

Weatherbee said the consumer profile is changing and they want loyalty programs that are diverse.

"They want choice on when, where and how they can earn and redeem and solo propriety programs jut don't offer that experience."

Scene+ was originally created by Cineplex and Scotiabank in 2007, but relaunched in 2021 with a slew of new partners and benefits for cardholders.

This report by The Canadian Press was first published June 7, 2022.